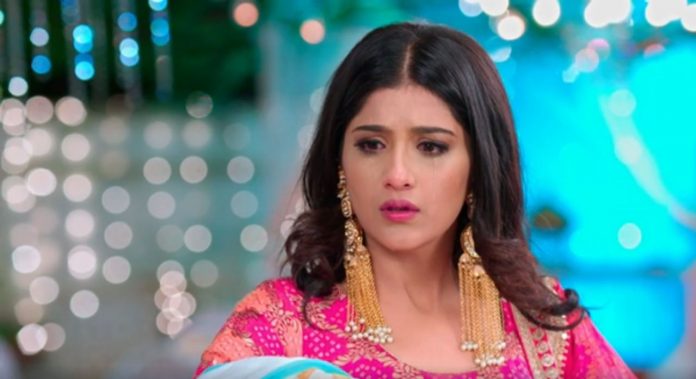 The flashback brings a moment between Sarabjeet and Meher. He shares his joy that Karan is born to them. He apologizes to her to choose her over Karan when he was given a choice. He tells her that the decision was much tough for her. She knows that he didn’t wish Param and Yuvi to get burdened with guilt if anything happened to her. She asks him not to feel guilty, since she trusts his decision. She asks him to be happy that her baby and she are fine. She wants him to take the baby in arms. Sarabjeet feels happiness when he sees Karan for the first time. He promises to always protect Karan. Meher asks Manav to know Sarabjeet’s greatness.

On the other hand, Kulwant blames Amrita for supporting Meher in the state of pregnancy and saving Manav’s child. She tells Amrita that Meher’s life is going to get ruined because of Manav’s child. She reveals that Vikram is Manav, he is asking for his child now. Amrita can’t believe this truth. She didn’t know it. Kulwant tells that Manav’s memory has come back. Amrita asks if Sarabjeet knows the truth. Kulwant tells that Sarabjeet isn’t aware of the truth.

Amrita didn’t know that Manav will come back. She just wanted Meher’s betterment. Kulwant tells that Manav will take Karan’s custody. She tells Amrita that Manav will ruin Meher and Sarabjeet’s respect. Meanwhile, Manav regards to respect Sarabjeet as God, since Sarabjeet has taken care of his child.

He threatens to create such a drama that the entire world knows. He wants to take Meher to the court. He tells that DNA test will bring out the truth. Meher finds him threatening. He tells her that he is giving her a grace period until Diwali. He promises to celebrate Diwali with his son Karan. He asks Meher to give him Karan if she wants him to keep Aditi happy. Meher refuses to him. He tells that the Diwali will be dramatic for her. Aditi asks him if he has special plans for Diwali. Manav tells that there will be big blasts in Gill mansion. Aditi tells that Sarabjeet doesn’t like crackers. He agrees to celebrate it any way.

He tells Meher that they can celebrate it with love and sweets, by sharing happiness. He tells Meher that he will be leaving soon. Aditi wants Meher to be happy. She wishes that their happiness always stay the same. Meher is tensed by Manav’s words. Manav doesn’t want to sacrifice his child, since he has already sacrificed his love. Aditi thanks him for coming back and returning her old Vikram to her. She wants his love. She doesn’t want him to leave her. She questions him about fighting Sarabjeet that day. He doesn’t answer her.

Reviewed Rating for this particular episode Choti Sardarni 4th November 2020 Written Update Meher is guilty:3/5
This rating is solely based on the opinion of the writer. You may post your own take on the show in the comment section below. 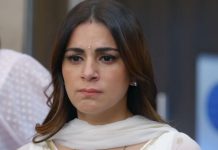 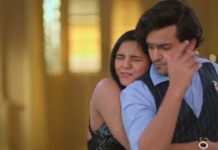 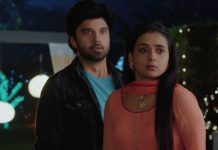