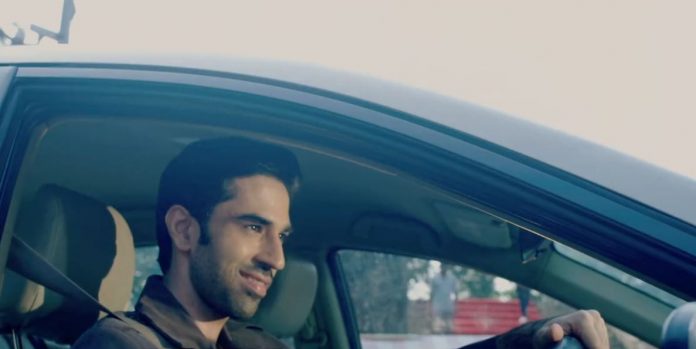 YRKKH 6th November 2020 Shakti Barrister Lockdown Jinn Spoilers Yeh Rishta Kya Kehlata Hai Aditya makes a return in Naksh and Kirti’s lives. Aditya gets a surprise when Krish calls him up and asks him to meet him. Krish tells about Naksh and Kirti’s divorce. This gives extreme pleasure to Aditya. Aditya thinks of snatching Krish from Naksh. He thinks it will be better if Krish gets against his parents. He rushes to the temple to meet Krish to brainwash him against his parents. Krish wants his parents to unite. He hopes that Aditya becomes an angel for them. Krish’s move gets learnt by Naksh and Kirti, who are furious. Naksh blames Kirti for the negligence once again.

Pinjara Khubsurti Ka:
Omkar attacks Mayura and injures her. She is ready to bear all the pain. She decides to save her family at all costs. She has no complains with her fate. She prays to Mata Rani that justice prevails. She challenges the evil Omkar.

Barrister Babu:
Bondita prays to Durga Maa so that Saudamini doesn’t hurt Anirudh again. Saudamini and Anirudh used to see each other through binoculars before when they were in love. Anirudh uses the same thing to keep an eye on Saudamini. He spies on her and learns that she can fairly see everything. He realizes that she isn’t blind and has been faking it. He is much heartbroken by her deceive. He regards her his best friend.

He didn’t wish Saudamini to take an advantage of his goodness. He believes Bondita who is too innocent and pure hearted. He wants the truth to win. He tells that truth has always won and will even this time, Bondita is true and win, Saudamini is a liar and will face his rage. He wants to defeat Saudamini. Saudamini happily dances after getting fooled by Anirudh. She hopes that he marries her.

Shakti:
Parmeet calls Preeto to tell about her shocking condition. She tells that Preeto likes to keep conditions and compel people. She wants to do the same. She tells that she will make Sargi for Heer on one condition. She asks Heer to shoot herself if she wants the Sargi. Heer is shocked to hear it from Parmeet. Entire Singh family get to hear Parmeet on the video call. They warn Heer against accepting the mad condition. Heer wants the Sargi from her mother-in-law. She accepts Parmeet’s condition. Preeto and Harak stop Heer. Heer fulfills the lethal condition by shooting herself with the gun. This shocks Singh family to the core.

Lockdown Ki Love Story:
Dhruv will be taking a stand for his lover Sonam, when the latter gets too humiliated by the neighborhood women. Nutan and Sheetal have taught the women to insult Sonam, who is living in the house forcibly.

Sonam gets hopes when Dhruv supports her. She tells him the truth that Nutan, Sheetal and Milky conspired against her to send her away from the house on the marriage day. She tells that Milky’s mum had put her to sleep so that she doesn’t return home. Dhruv finds the same allegations on Nutan again. He is tired facing the troubles. He asks Sonam to prove her allegations. He wants her to get the evidence to support her. A new entry happens in the show. A guy enters their lives to help Sonam. The guy collects evidences against Nutan, Sheetal and Milky. How will Sonam prove herself right?

Yeh Jadu Hai Jinn Ka:
Roshni and Rehan get to fight with Natasha’s attackers Red bugs who are sent after Armaan. The red bugs try to eat up Armaan. Armaan gets rescued by Roshni in time. Roshni asks Rehan to try his magic by some way. She asks Rehan to just reverse the instructions given to the red bugs so that they leave the house. Roshni succeeds to fail Tabeezi and Natasha’s joint plans. She challenges to defeat Tabeezi on the special moon night arriving soon. She wants to save Aman from the mirror as well.