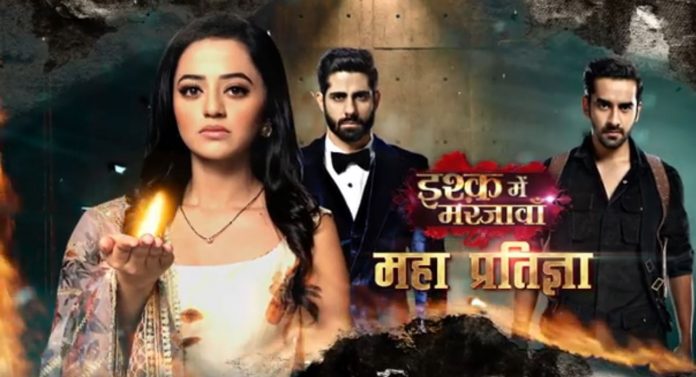 Ishq Mein Marjawan 8th November 2020 Written Update Riddhima promises Siya Riddhima has finally found out the mystery of the masked person, who was spying on her and creating hurdles for her. She learns that the masked person is Siya. She feels Siya is cheating Vansh as well. She doubts on Siya’s intentions. She isn’t aware that Siya is working on Vansh’s orders, just like Ishani. Riddhima is hurt to know that Siya has cheated her.

Siya overhears Riddhima and Kabir’s conversation. She misses to hear Kabir’s name. She confronts Riddhima for cheating Vansh. Riddhima scolds her for stabbing Vansh’s trust. Siya clears the misunderstanding. She tells that she has done everything to stop Riddhima from going to Ragini on Vansh’s command. She tells that it was Vansh’s instructions that Riddhima should stay safe at home, since Ragini’s attacker could have harmed Riddhima as well.

Also, Siya tells her that Vansh madly loves her. She also adds that Vansh cares for her and wanted to protect her. Even Siya didn’t wish to harm Riddhima. She had spied on Riddhima knowing the latter is involved in Ragini’s kidnapping. Siya asks Riddhima to admit that she is a spy, who entered Vansh’s life for a motive to ruin him. She threatens Riddhima’s life to make her confess. She accuses that Riddhima is nothing but a spy.

Riddhima confesses that she was a spy before who wanted evidence against Vansh. She also confesses that she now loves Vansh and will always love him. She tells that she has changed by Vansh’s love and now she is Vansh’s well wisher. She wants Siya to believer her good intentions towards Vansh. Siya doesn’t believe her. She asks Riddhima to have some shame that she betrayed Vansh, who cared so much for her.

Riddhima promises Siya that she will rectify her mistake and bring back Ragini so that Vansh finds out Uma’s murderer. Siya tells that Vansh has broken down after losing Ragini, since he wanted to get justice for Uma. She couldn’t share the good news with Vansh that she recovered from her disability. Riddhima asks Siya for one chance to prove herself. Siya agrees to give her a chance. She gives a day’s time to Riddhima to find Ragini. Riddhima finds Vansh much worried.

Vansh has lost his smile since he lost Ragini. Riddhima asks Siya to share her recovery with Vansh so that he gets some happiness in the times of sorrow. Siya surprises the family by walking up to them, leaving the wheelchair behind. Vansh and Dadi get much emotional. They are grateful to Riddhima who helped Siya recover. Siya gives all the credit to her brother Vansh. Siya wants Riddhima to earn her trust back. Vansh feels Riddhima has given him a big happiness in the form of Siya’s recovery. Vansh’s smile makes Riddhima happy. Riddhima promises herself that she will find Ragini. She has no idea that Kabir has kept Ragini hostage.

Reviewed Rating for this particular episode Ishq Mein Marjawan 8th November 2020 Written Update Riddhima promises Siya: 3/5
This rating is solely based on the opinion of the writer. You may post your own take on the show in the comment section below.