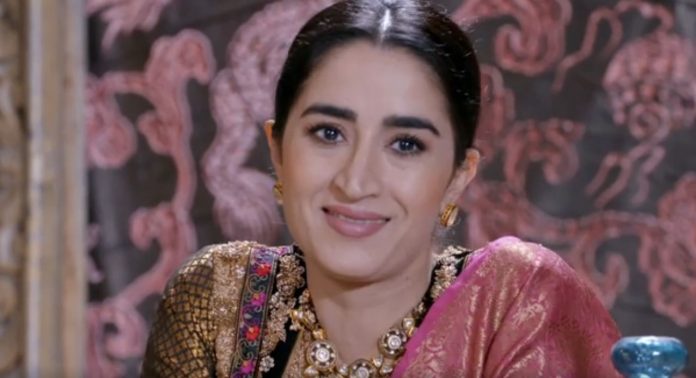 Ishq Mein Marjawan 10th November 2020 Written Update Thrilling revelation Major revelation happens for Vansh. A phone call shocks Riddhima. Ragini gets Mishra’s phone to call Vansh. She connects to Vansh, but doesn’t know that Riddhima has taken the call. Ragini tries to get help from Vansh. She tells that she wants to tell him that the person who killed Uma has kidnapped her. Riddhima tells that she is Vansh’s wife, she can help her out. She asks Ragini about the kidnapper.

She tells that she will come to save her. She asks Ragini to send her location. Ragini names Kabir just before he attacks her to kill. Anupriya asks Kabir to get rid of Ragini for once and all. Anupriya tells her that Ragini’s chapter is closed for once and all. She tells him that no one can find out who is the real murderer of Uma. Siya happens to spy on Anupriya and learns the truth. She hears Anupriya making the confession that she has killed Uma.

She is much shocked by the big deceive. She didn’t know that Vansh is finding the culprit, who was just so close to them. She runs to call Vansh and tell him about Anupriya’s crime. She calls Vansh and informs him that Anupriya had killed Uma. He tells that she had heard Anupriya confessing the crime. Vansh seems to be in shock over Riddhima’s big deceive. Vansh gets to see the cctv footage and finds that Riddhima had kidnapped Ragini. His faith shatters.

Kabir and Vansh will be having a deadly fight. One of them will be left alive. It will be test for Riddhima’s Sindoor as well. Riddhima’s 24 hours challenge will change the lives of Kabir, Vansh and Riddhima. Kabir wants to end Riddhima and Vansh’s love story. Vansh can’t tolerate a cheat. Riddhima wants to have a lovely relation with Vansh. She ties up many hopes. Both Vansh and Kabir have hatred and rage towards Riddhima. They point the gun at her. Will Riddhima die? Will Kabir kill Riddhima or Vansh? Keep reading for the exciting thrills coming.

Riddhima doesn’t know how to find Ragini. She makes prayers and gets to see Vansh’s forgotten phone there. She gets Ragini’s call. She enquires about the kidnapper. Ragini tells Kabir’s name again and again. The train sound doesn’t let Riddhima hear Kabir’s name clearly. Kabir catches hold of Ragini and stops her from telling his name. Riddhima is confused about the killer. Kabir shuts the window.

He tells Ragini that she can’t escape from his clutches. Riddhima calls back and gets the phone switched off. She wants to find the person. She tries to find the place based on the sounds she heard. Anupriya spies on Riddhima to know her next move. She hands over Vansh’s phone to her. She tells Vansh that Riddhima had the phone. She provokes him against Riddhima. She tells him that Riddhima was talking to someone. She asks him to notice Riddhima, who is making temple excuse to go out often.

She doesn’t like Riddhima’s behavior. Vansh trusts Riddhima. He tells her that she would be misunderstanding Riddhima. She tells that she worries a lot for him. Ragini threatens Kabir about Vansh. Kabir tells her that he will get Vansh arrested. He tells Mishra that Ragini took his phone. He asks him to be careful. He leaves Ragini to die by leaving the dangerous chemical gas around. He tells Ragini that she will be dying in some time. He leaves her to die. Riddhima tries to find Ragini and save her life.

She doesn’t want to lose the last chance. Kabir apologizes to Ragini. He wishes her all the best to die. Riddhima calls Kabir to take his help. She fails to contact him. Kabir informs Anupriya that Ragini is going to die. Anupriya congratulates Kabir. She tells him that Vansh will be going to jail for Ragini’s murder, he will hate Riddhima for this. She wants Riddhima to get a huge shock. She tells that nobody will know Uma’s murderer. She admits that she had killed Uma. Siya is shocked to know this. Anupriya tells Kabir that Riddhima has gone to find Ragini. Siya overhears the conversation. Ragini faints down.

She shouts for help. Riddhima reaches Kabir’s place. She finds Ragini captive there. She tells that she will save her. She bravely shatters the glass and saves Ragini. She wants to take Ragini to Vansh so that her relation gets saved. Kabir goes to confirm if Ragini is dead. He gets to see Riddhima with Ragini. He can’t let this happen. Vansh awaits the cctv footage. He asks Angre to track a number by which he got many missed calls. He leaves from home. Siya is alone at home.

She wants to tell Vansh that Anupriya had killed Uma. She realizes Riddhima was saying the truth. She calls up Vansh to tell him that Anupriya killed Uma. She tells that Anupriya has confessed the crime. Vansh fails to hear her voice. Siya gets confronted by Anupriya. Siya rebukes her for stabbing their trust and snatching their mother. She tells that she will expose her and defeat her in the game. Anupriya doesn’t think Siya can harm her. She asks Siya to go ahead and tell Vansh. She hurts Siya. She attacks Siya. Vansh gets the factory location from where Ragini called him. Kabir knows that Riddhima can’t win. He goes to attack Riddhima. He can’t let her do the social service.

Siya attacks Anupriya and manages to run away. Anupriya looks for her. Kabir goes close to Riddhima to attack her. Riddhima sees the attacker. She fights Kabir. Riddhima doesn’t let him take Ragini. She hits on his head to faint him down. She wants to know the culprit who had killed Vansh’s mother. She wants to inform Vansh about the real murderer. She thinks this news will be the best gift for Vansh. She goes to unmask Kabir.

Reviewed Rating for this particular episode Ishq Mein Marjawan 10th November 2020 Written Update Thrilling revelation: 5/5
This rating is solely based on the opinion of the writer. You may post your own take on the show in the comment section below.