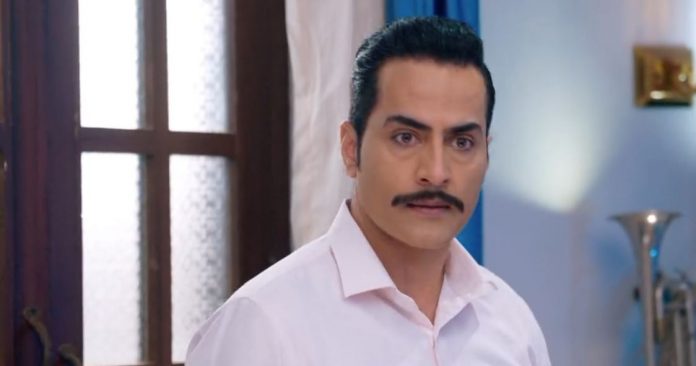 Anupama 11th November 2020 Written Update Vanraj’s first defeat Bapu ji gets conscious and finds Vanraj crying. Vanraj asks Bapu ji not to scare him this way again. Bapu ji asks him not to cry. Anupama takes care of Bapu ji. She likes to see him fun loving again. Baa is happy that he is getting fine. Vanraj tries to hide his mistake. He blames Anupama for not taking care of Bapu ji’s diet. He tells that she would have not given medicines to Bapu ji on time. He tells that she doesn’t stay at home these days, she is focussing on herself these days. Baa scolds Vanraj. She questions him about his focus.

She tells him that Anupama had rushed Hasmukh to the hospital and took care of him, she had decided for his operation, he was nowhere when the family wanted him. She asks him where was he at night. Vanraj is speechless. Baa tells him that Anupama has saved Hasmukh’s life. She tells that Vanraj is wrong this time. She thanks Anupama for saving her husband’s life. She tells Anupama that she is still her Saas. Vanraj is surprised to see their bonding.

The family want Bapu ji to come back soon. They plan to celebrate Diwali. Anupama serves the food to her children. Vanraj tells Baa that he is going to office. Baa asks him to keep his phone on and always attend the family’s call. Kinjal comes home to take Anupama. Vanraj asks Anupama where is she going at this time. Anupama tells him that Kinjal will be teaching her car driving. Vanraj is much shocked. Paritosh asks Kinjal why didn’t she tell him about it. Kinjal tells that its Anupama and her matter. Samar supports Kinjal.

Paritosh tells Kinjal that Anupama can never drive a car. Kinjal tells that Anupama will learn it now. She feels Paritosh is just like his dad. She asks him to support his mother. Samar also wants Paritosh to understand Anupama. Vanraj tells Anupama that she has to look after the family. She tells him that she wants to learn car driving for Bapu ji’s sake. She scolds Anupama for misbehaving with Vanraj. She asks him not to drag their fight, if Vanraj tells anything bitter, then she should learn to tolerate it.

Anupama tells Baa that she wants her blessings, she has to learn car driving surely. Vanraj tells that her work is to cook the food. Vanraj insults her for not having any knowledge about car driving. He asks her if she has a license. Anupama tells him that she had made a learning license. She taunts that she doesn’t walk on the wrong path like him. Baa asks her to handle family.

Also, Anupama tells that she wants to be capable like Vanraj to handle the family. She tells Baa that they were helpless when they saw Hasmukh struggling for life, they should be prepared to face any situation. She gets Baa’s blessings. Baa doesn’t stop her now. Paritosh tells Kinjal that Baa will never permit Anupama. Anupama tells that she has got the permission. Samar likes the way that Anupama is managing her life well. Samar and Kinjal start teaching Anupama. Anupama wants to become a strong person. Vanraj tries to make Anupama nervous and break her confidence.

Reviewed Rating for this particular episode Ishq Mein Marjawan 11th November 2020 Written Update Kabir declares victory: 5/5
This rating is solely based on the opinion of the writer. You may post your own take on the show in the comment section below.