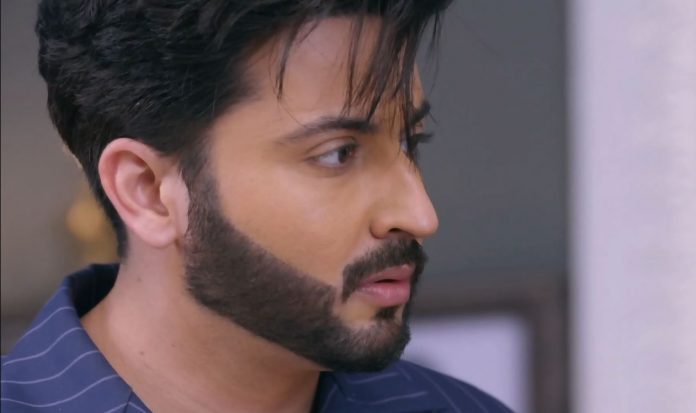 Kundali Bhagya 13th November 2020 Written Update Karan’s decision Bani takes a shocking step to ignite fire to herself and die, since she is going mad seeing the fights happening in the house. Karan and Rishabh run to stop Bani. They save Bani. They shout on the families fighting and ruining the peace. They don’t want anyone to fight and trouble Bani further. Sarla gets questioned by Preeta. Preeta tells Sarla that Ramona and Mahira are always wrong, its better to not fight them. She wants Sarla to maintain peace in the family.

She feels Ramona was shouting aloud to sound true to Luthra family. She asks Preeta why didn’t she tell her about Mahira’s fast. Preeta tells that she got to know this some time back. She asks Sarla not to talk to Mahira, if Mahira does anything wrong and blames Karan, then Karan may fall into trouble. Sarla feels sorry. She is happy to see Preeta’s sensibility. Preeta gives all the credit to Sarla for giving her values.

She asks Sarla not to fight anyone in the Luthra family and let go Mahira’s matter. Sarla feels Karan is lucky to get a life partner like Preeta. She wants Preeta to smile and stay happy. She tells Preeta that its her first Karwachauth and she should celebrate it well. Sarla tells that she will apologize to Bani that she didn’t keep her respect. Ramona gets a headache. She wants to break Sarla’s head.

She tells Mahira that Sarla scolded her so much. She feels Bani came in between with the melodrama. She wants to throw out Preeta and Sarla. Mahira tells Ramona that she will keep Karwachauth fast. She tells that she is Karan’s wife. She asks Mahira to just take an advantage of her fast. Mahira asks her to give ideas. Ramona teaches her to fool Karan and get him on her side. She asks Mahira to get Karan close to her.

Mahira wants to snatch Karan from Preeta. She uses Karwachauth as a weapon. Ramona tells that she can take revenge on Preeta. Sherlyn learns Ramona’s plan. Mahira tells them that Preeta will not have any idea what will happen next. She thanks Ramona for the lovely plan. Ramona tells that she will do a drama and apologize to Bani so that Bani supports them. She wants Preeta’s life to get ruined. Sherlyn wants Rishabh to get heartbroken. Rishabh is much hurt that Bani had taken a wrong step. He wants her to promise that she will never do this.

Bani apologizes to him. She promises to take care of herself. Rishabh tells that he loves her a lot. He hugs Bani. Karan too scolds Bani for handling the situation in a wrong way. Bani doesn’t want him to tell this incident to Rakhi. Bani tells them that she didn’t wish any fight to happen in the house. Ramona apologizes to Karan and Bani. She tells that she doesn’t want Mahira to harm herself. Rishabh tells that the family will look after Mahira.

Karan and Rishabh wonder if Ramona was really feeling sorry. Bani tells that Ramona really doesn’t care for her. Sarla comes next to apologize to Bani. Sarla is emotional that Bani would have got seriously hurt. Sarla tells Bani that she was much wrong, she should have not shouted and fought in front of Bani. She asks Bani why did she take such a step. She wants Bani to stay safe. She was scared seeing Bani trying to harm herself. She sheds tears and shows her genuine concern for Bani. She doesn’t want Bani to get hurt. She heartily regrets for her actions. Bani, Rishabh and Karan get convinced that Sarla is genuinely feeling sorry, unlike Ramona.

Karan tells Sarla that its not her mistake. Rishabh asks Sarla not to feel guilty. Karan tells that Sarla was not wrong, Ramona had provoked her to argue. He believes that Sarla is right. Sarla is happy that Karan is supporting her. Karan hugs Sarla. Bani tells that she has seen a lot and is tired now. She wants to take rest. Rishabh tells that Bani is soft hearted. He is proud that Karan has handled Sarla well. Karan believes that Mahira is creating all the troubles.

He doesn’t want to keep Mahira home. Ramona plans to kill Sarla and show her right place. Mahira tells Sherlyn that she will snatch Preeta’s rights. Karan tells Preeta that he isn’t upset with Sarla, who fought for the right reason. He accepts his marriage with Preeta.

Reviewed Rating for this particular episode Kundali Bhagya 13th November 2020 Written Update Karan’s decision: 4/5
This rating is solely based on the opinion of the writer. You may post your own take on the show in the comment section below.