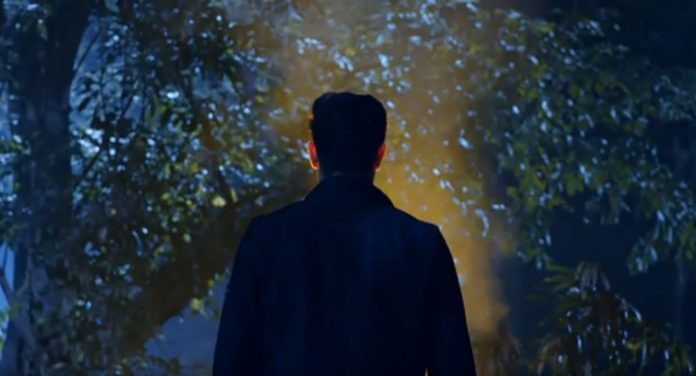 Ishq Mein Marjawan 14th November 2020 Written Update Vansh returns Kabir is much anxious to know where did Vansh’s body disappear when there are no wild animals in the jungle. He tells that he lied to the family that the wild animals would have eaten up Vansh’s body. He wants to know if someone had taken Vansh or not. He is flustered to think if there is a possibility that Vansh is alive. He tells Mishra that they should still try to find Vansh’s dead body.

Mishra tells that its really puzzling. Vansh happens to be alive. He burns a dead body in his place and leaves his ID cards with the body to trick Kabir. Kabir laughs that Vansh’s dead body won’t get the final rites done by the family. He feels the family has lost their rights on Vansh, which is really a pity. He enjoys his win. He just has to handle Riddhima now. He wishes Riddhima forgets Vansh and comes back to him. Vansh prepares his plan to take his revenge on Kabir. Riddhima and Kabir get into a heated argument.

Riddhima hates Kabir and ends her relation with Kabir. She refuses to go back to him. She tells him that he is dead for her. Kabir tries hard to explain her that he didn’t arrest Vansh for his revenge, but to do his duty. Kabir tells her that he had got enough evidences against Vansh, which made him get into a pressure from his seniors to arrest Vansh. He adds that Vansh had tried to escape from the police custody and resulted in his death. Vansh makes a return and burns the body to prove his death.

Vansh picks up a new look and a new identity to trick the world. The family is seen moving on after Vansh’s demise. Riddhima prefers to live as Vansh’s widow. Kabir wants some time to pass so that he can make an entry in the VR mansion. He wants to takeover as the owner and change the VR mansion into KR mansion. He wants to prove to the family that he is the legal rightful owner of the mansion. He knows Riddhima will be shocked as well. He makes plans to make an entry very soon. Riddhima cries for Vansh. Few days pass in his memory. She takes care of his family and also her duties. She is sorrowful that Vansh isn’t with her.

She gets troubled by Ishani and Aryan, who demand to know the truth of Vansh’s death. They don’t believe that Vansh died by the goons’ attack. They know the story is fake. They want Riddhima to tell the truth to them. Riddhima doesn’t tell them anything. Kabir can’t wait more to join the family. He informs Anupriya that its time to enter VR mansion. Vansh will be making an entry as well to ruin Kabir’s plans. He will be claiming his rights once again with the new identity as Vihaan.

But, the truth will be the same, that he is the real Vansh. The new Vansh starts spying to find out about Vansh’s life, his family, his business and his huge properties. He wants to take everything that belongs to Vansh. He gets to know about Vansh’s richness. Vihaan finds out all the details about Vansh’s family. He learns about Vansh’s beautiful wife Riddhima. He finds out more about her. He gets to know about Riddhima, and finds himself lucky to get a wonderful life. He dreams to meet the family as Vansh Rai Singhania. He thinks what all he will get if he becomes Vansh. Do you think Vansh has returned or is it really his duplicate? If its really Vansh, do you think Riddhima is also with Vansh in his plan? Keep reading.

Reviewed Rating for this particular episode Ishq Mein Marjawan 14th November 2020 Written Update Vansh returns: 5/5
This rating is solely based on the opinion of the writer. You may post your own take on the show in the comment section below.

Bondita gets to know Batuk’s problem. He is scared to go to the school after his friends committed a mistake and put the blame on him. He tells Bondita that he can’t go to the school unless someone from the family comes along to meet the principal. He wants his family member to resolve the issue. He tells her that principal asked him not to come alone.

Bondita tells him that she is elder to him in relation, she can accompany him as his guarantor for the school. She wants to see Batuk’s school and is quite excited. Batuk agrees to take her along so that he doesn’t get expelled from the school. She happily goes along with him to see his school. She gets to hear a lot of praise about Gandhi ji. Gandhi ji makes an entry at the school to motivate the school students. Bondita gets overjoyed to come face to face with her idol Gandhi ji. She was always wanting to meet him. Her dream comes true when she gets to meet Gandhi ji.