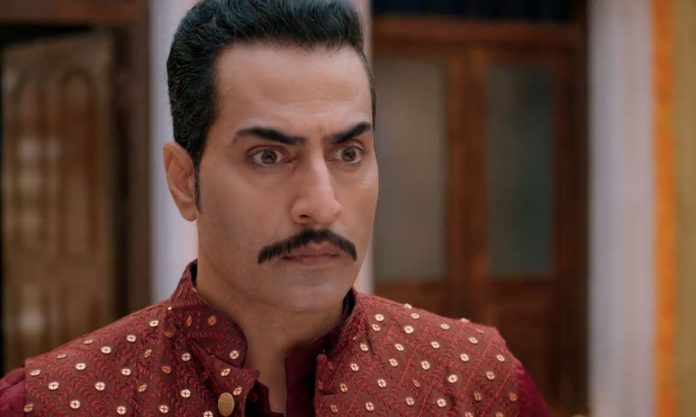 Anupama 17th November 2020 Written Update Bad shock for Vanraj Samar gives a good news to Anupama, that she has got the dance classes fees. He tells her that she got the money in her account. She gets the good news and is very happy. The family congratulates her. Vanraj finds her celebrating with the family. He wants to show Anupama her status by telling her about Diwali bonus. He knows that her earning can never be equal to his salary.

He expects a good news from the boss, but receives a shock. His boss scolds him for losing the contract, which brought big loss for the company. Vanraj gets reprimanded by his boss. Anupama asks him to come for Laxmi puja. She wants him to stay happy. He tells her that she lost her rights in his life. She tells that she is still happy being the right person. She calls him wrong. Vanraj tends to imagine her. He gets frustrated.

He makes a big mistake to vent his anger on Kavya. Kavya tells him that she got worried after losing the project. She apologizes to him. She tells him that the proposal was perfect, but everything went wrong. Vanraj tells her that she could have waited for him for some time, he would have gained the project. He accuses her for ruining everything. He wanted to fulfill the target and get the bonus on Diwali.

He feels that he can’t win in the business when she is with him. He calls her unlucky. She feels he has changed a lot. Vanraj tells her that she has ruined his festival. She tells that the clients didn’t like the proposal. She asks him to be on time for the important meeting. She turns upset with him. The family wants Vanraj home. Anupama tells that Vanraj has gone to meet someone, he isn’t a kid to listen to anyone. Bapu ji supports Anupama.

He lectures the neighbors on their poor status. Anupama tells Samar that he should call his dad and get him home for the puja. Samar calls Kavya and gets her message in return. He tells Anupama that Vanraj isn’t at Kavya’s place. Anupama wants Vanraj to come home on time and perform the puja. She tells that Vanraj has performed the puja all these years. Vanraj gets the title of a crazy guy. He shouts further. He rushes to home on seeing the calls. He wants to be on time for the puja. He gets too shocked on seeing Anupama performing the puja.

Bapu ji had made Anupama start the puja in Vanraj’s absence. Vanraj angrily ruins the decorations. Anupama wants Vanraj not to forget his duties. Vanraj feels lost to Anupama. He can’t tolerate it. He gets troubled. Bapu ji doesn’t want the family to wait for Vanraj and waste their time on the Diwali night. Baa misses Vanraj a lot. Anupama meets Vanraj to know why is he punishing the family when he is angry on her. She asks him why didn’t he come on time for the puja. He tells that he had been performing the puja for 25 years.

He feels she has snatched his rights. She clears his misunderstanding. She tells that the relations belong to her as well. She asks him to just handle the family, like she is handling. Vanraj crosses his limits to insult her, but she warns him not to dare, else she will not tolerate his nonsense. What will Vanraj do against her? Keep reading.

Reviewed Rating for this particular episode Anupama 17th November 2020 Written Update Bad shock for Vanraj: 5/5
This rating is solely based on the opinion of the writer. You may post your own take on the show in the comment section below.