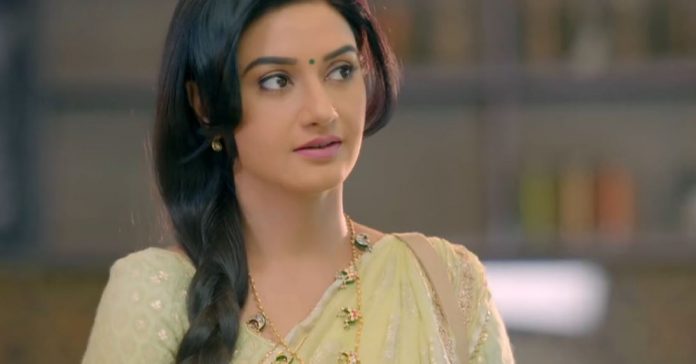 Shaadi Mubarak 17th November 2020 Written Update Preeti gets blasted KT is shocked to see his picture in Arjun’s wallet. Arjun tells KT that he has watched all his movies, he is his big fan. KT is glad to know it. KT likes their connection. Preeti is surprised to know that Arjun is KT’s fan, since Arjun is very young. She asks Arjun how did he get KT’s film collection. Arjun tells KT that his mom has his film collection, she is his big fan.

KT wants to meet his fan soon. He asks Arjun to introduce his mom soon. Arjun is happy that his meeting with KT went well. He tells his mom that he has behaved just like she had taught him. She plans to trap KT. She is glad that her son will unite her with KT. He wants his parents to get married. KT learns that Preeti had ordered food from outside, since she forgot to get tiffin from home. KT makes a sweet gesture. He shares his food with Preeti.

He tells that even if he has a fight with Preeti, he will still care for her. He doesn’t think his relation is weak. He sends the food for Preeti. Preeti likes the food a lot. She asks Juhi about Kusum. She asks Juhi to make Kusum have food and medicines. She feels her relation with Kusum is not weak. She has same ideology like KT. KT happens to hear Preeti. He finds her much similar to him. Arjun gives a hope to his mom that KT will accept her back in his life.

He promises to get her married to KT. She fakes tears to fool Arjun. Preeti learns that KT had sent the food for her. KT eats the hotel food and doesn’t like it. Preeti realizes that he hates to eat Khichdi. She finds him eating Khichdi against his will. She doesn’t know the reason for his care. They have the same values and thinking. Preeti goes home to mend her relation with Kusum. She is affected by Kusum’s silence. She cries to get back Kusum.

Preeti tells that KT broke her trust. Kusum tells that KT will not tell her about his wife and personal life, they were just doing business, he isn’t committed to tell her the personal facts. She asks him to think of her family, her idiot son and worthless Bahu. She wants to know the truth, that her family isn’t worthy of her. She feels Preeti didn’t get love from relations. She accuses Preeti for not valuing any relation and love. She tells that Preeti broke relations with KT by disrespecting her. She vents anger on Preeti.

She asks Preeti to realize that she can’t accept friendship and love in her life. She taunts Preeti to just stick to her own sorrow and always neglect others’ pain. Preeti gets moved by her words. KT and Preeti are upset. He doesn’t want to call her. They stay lost in each other’s thoughts. Preeti wants to apologize to him. KT gets a shock when he finds his ex coming back in his life with a motive to marry him again. Will KT marry his ex wife again? Keep reading.

Reviewed Rating for this particular episode Shaadi Mubarak 17th November 2020 Written Update Preeti gets blasted: 4/5
This rating is solely based on the opinion of the writer. You may post your own take on the show in the comment section below.