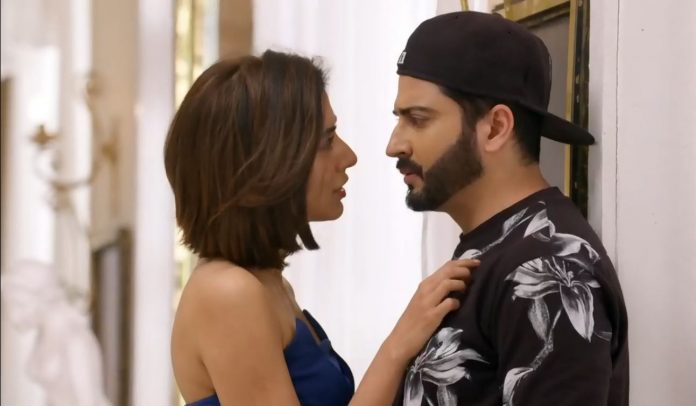 Kundali Bhagya Written Update 19th November 2020 Karan against Mahira Mahira wants Preeta to get ousted. She doesn’t know how Preeta is making a place in the family’s heart. She wants to know if Preeta is entering Karan’s heart as well. She goes to talk to Karan. He tells her that he didn’t expect her to keep the Karwachauth fast for him. She asks him if he is happy about it. She tells that she is much serious about him. She tells that she loves him a lot and wants to prove it. Karan doesn’t want her to get close to him.

She tells that he is her husband and she will be close to him. He doesn’t want her to suffocate him. He wants her to stay away. He is helpless. He doesn’t want her to attempt suicide and put his family into trouble. He tells that she is getting much hurt because of her love. He wants her away at any cost. She wants him to spend time with her. He tries to explain her that she is just a fan for him, he feels uneasy when she gets close. She loves him for the fact that he is decent and respects her a lot. He doesn’t take advantage of her love.

She loves him for his unique values. Mahira feels hungry. She knows no one will offer her food. She wants to keep the fast for real. She tolerates the hunger. Meanwhile, Sherlyn is upset that Prithvi isn’t being good towards her. She thinks its because of the distance between them. She wants to get rid of Rishabh and get back to Prithvi. She wishes she stays with Prithvi. Sherlyn meets Mahira. Mahira tells her that she is dying of hunger.

Sherlyn asks her to have the food and not let anyone know about it. She takes Mahira to secretly feed her. Rishabh is trapped by Sherlyn. He is upset that she lied to the family. He wants to be alone. Karan asks the reason for his tension. Rishabh doesn’t know about Sherlyn’s pregnancy. He is frustrated about Sherlyn. Karan apologizes to him. Rishabh finds happy to be with his brother. He gets to see Karan worrying for Preeta.

Karan realizes that Preeta is hungry and might be feeling weak. He goes to check on her. Rishabh tells Sameer that he knew Karan and Preeta will care for each other. Sameer wins the bet and takes the money from Rishabh. Preeta wants to know why did Sherlyn tell about her pregnant. She wonders why did Rishabh not react when the baby isn’t of him. She knows its someone else’s child. She gets stomach cramps because of hunger. Karan reaches her to help.

He cares for her. He offers her help. She refuses to him. He tells that she believes in the fast unlike him. He wants her to take care of herself. He asks her to secretly have the food. He promises to not tell anyone. She tells that she wants to sincerely keep the fast and get blessings. Preeta passes time. She doesn’t want any problems in her marriage.

Reviewed Rating for this particular episode Kundali Bhagya Written Update 19th November 2020 Karan against Mahira: 3/5
This rating is solely based on the opinion of the writer. You may post your own take on the show in the comment section below.