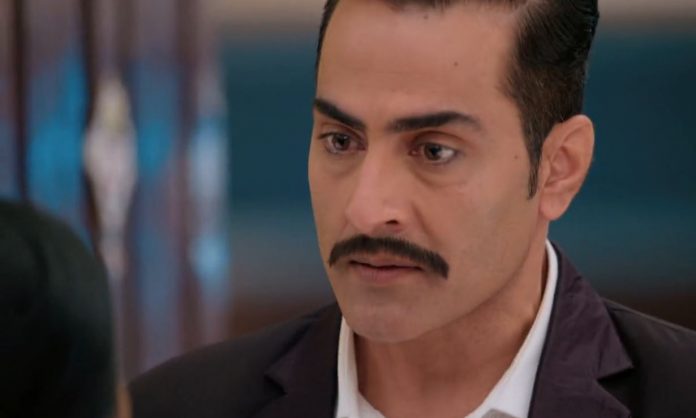 Anupama 26th November 2020 Written Update Vanraj faces family Anupama is worried about the family. She didn’t know that she will be failing to protect them from the sorrow. The family loses their smile. She knows that everyone is ashamed of Vanraj’s actions, they can never forgive him, especially Paritosh, who lost his love because of Vanraj. She tries to cheer up the family by acting normal. She wants to do her duties towards the family. She can’t let them stay hungry. She goes to arrange food for the family. She doesn’t stop herself from fulfilling her duties. Hasmukh and Leela aren’t able to meet Anupama’s eyes.

Hasmukh wants to know when did this happen. He learns that Samar, Paritosh and Sanjay also knew about Vanraj’s affair. Hasmukh asks why didn’t they tell him and kept him in the darkness. He wants to know the entire truth. Anupama tells Hasmukh that he should not question about the truth. Leela asks her not to lecture them and just answer them. She wants Anupama not to hide anything from them. Paritosh reveals that Vanraj is having an affair since the last eight years. Leela and Hasmukh can’t believe it that Vanraj is cheating his wife and family for so long.

Anupama feels shattered. She breaks down into tears. She goes away to hide her sorrow. Sanjay reveals that he had seen Sanjay and warned him as well, but Vanraj lied to him. Paritosh also reveals about Vanraj’s faking a story about Kavya and convincing him. Leela is ashamed of Vanraj. Anupama loses courage to hear the truth once again, that’s stabbing her heart. Leela finds Anupama hiding her tears from them. Vanraj reaches home being mentally prepared for a big confrontation. Leela is enraged and slaps him. She supports Anupama this time.

She tells Vanraj that she has always seen Anupama’s weak points than her tolerance and good virtues. She felt that Anupama didn’t deserve him. She tells that she used to think Anupama is a bad match for Vanraj, but she didn’t knew that Vanraj is so wrong. She reprimands him for cheating his wife. She tells that she didn’t become a good mother for Anupama, being blinded in her son’s love. She tells him that she always supported him.

She regrets that she loved her son a lot. She tells that Anupama had always thought for the family, while he got much selfish. She tells Vanraj that she is ashamed to be his mother. She apologizes to Anupama. Anupama doesn’t want Leela to cry more. Leela asks Vanraj how could he romance his girlfriend when his age is to look after his children’s alliances. Hasmukh tells that they didn’t expect this. Leela and Hasmukh ask the reason for his affair. Vanraj breaks his silence. He tells them that he never loved Anupama, she is the reason for his affair. He insults Anupama in front of them and further falls in their sight.

Reviewed Rating for this particular episode Anupama 26th November 2020 Written Update Vanraj faces family: 5/5 This rating is solely based on the opinion of the writer. You may post your own take on the show in the comment section below.