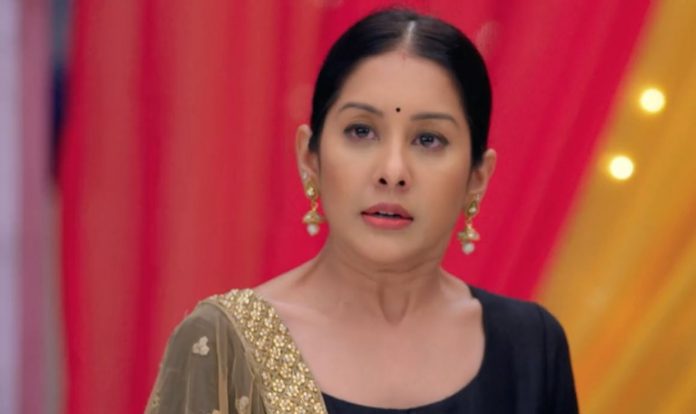 Yeh Rishta Kya Kehlata Hai 26th November 2020 Written Update Gayu lashes out Naksh tries to bridge the gap between Kartik and Naira by giving an advice to Kartik. He doesn’t want Kartik to misunderstand Naira when she is innocent. He tells him that either of the parents is always strict, it doesn’t mean that the parent doesn’t love a child. He explains Kartik that he should give a fair chance to Naira to talk to Kairav.

Kartik tells him that Naira is very obstinate, she doesn’t listen to anyone when she is wrong. He tells that Naira was wrong to question Kairav and leave him terrified. He wanted to give some time to Kairav to speak out the truth. He doesn’t understand why was Naira rushing to know the truth. He feels she has done wrong with Kairav to accuse him without believing her own upbringing. Naksh tells him that family’s advice makes a person get clarity on the matters.

He just reminds Kartik that Naira and his relation should not have silence. Kartik isn’t in a mood to understand. He is much upset with Naira. Naksh prefers to explain Kartik further. Kartik takes some time to handle the things himself. On the other hand, the family is worried for Kairav’s sick condition. Gayu misses Vansh’s smile. She watches Vansh in the Ramleela skit video. She wants him to get back on his feet. Naira meets Gayu with a request to get forgiveness for Kairav.

She tells that Kairav isn’t wrong, he didn’t push Vansh, he is innocent in the matter. She clears Kairav’s name. She pleads to Gayu to forget the matter, since the stress is affecting Kairav. Gayu finds Naira really selfish to change her statement about the incident once Kairav got sick. She asks Naira to understand her pain, since Vansh lost his mobility because of Kairav. She wants Naira to stand for Vansh and get Kairav punished. Naira tries hard to explain that Kairav can never hurt Vansh. Gayu asks her to think why would Vansh lie about Kairav.

Gayu tells that she will not get quiet this time since her son has suffered a lot. She wants justice for Vansh. When Naira doesn’t listen to her, Gayu angrily decides to leave the house. She doesn’t want to share the roof with selfish people who can’t do justice with her son. Naira pleads her not to go. The family learns about Gayu’s rage. They try to reason out Gayu’s decision on learning that she is leaving the house.

She adds that like Kartik and Naira, even Kairav has become a great figure in the family. She tells that until Kairav is there, no one will love Vansh. She regrets that Kairav and Akshara have made the family forget Vansh and Vatsal. She further accuses Naira for going against her word and proving Kairav innocent in Vansh’s matter. She reminds how Naira had got Lav and Kush jailed by not considering Surekha’s emotions. She wants Surekha to speak up for herself. Surekha too complains about Naira, who has snatched her sons.

She regrets that the family just believes Naira. Naira gets accused by Surekha as well. Kartik can’t believe it that Naira has become a wrong figure in Gayu’s sight. He doesn’t want Gayu to accuse Naira. Manish is hurt when Gayu accuses him for partial treatment towards Samarth and Vansh. She also tells that Dadi just loves Kairav and doesn’t see any kid above him. She wants to know where she stands in the family, if she is family or just a person to receive charity from the rich Goenkas. She lashes out at Kartik and Naira.

She vents out her frustration of years. She wishes to leave the house to get her family away from Kartik and Naira’s bad shadow. She expresses her disappointment to be a part of biased Goenka family. The huge drama doesn’t come to an end, which hurts Manish’s heart. Kartik wants to put an end to Gayu’s accusations. He decides to leave the house for the sake of the family’s peace. Keep reading.

Reviewed Rating for this particular episode Yeh Rishta Kya Kehlata Hai 26th November 2020 Written Update Gayu lashes out: 5/5 This rating is solely based on the opinion of the writer. You may post your own take on the show in the comment section below.