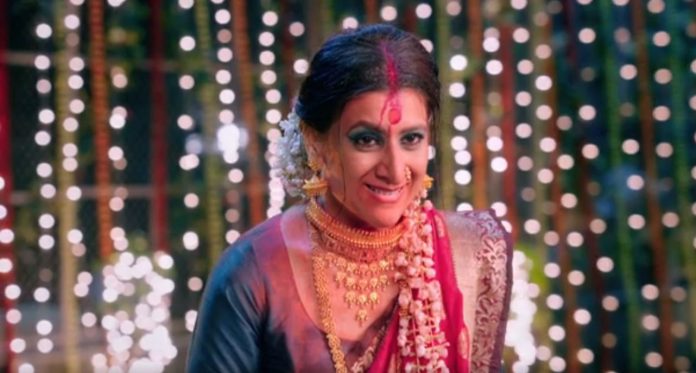 Shakti 27th November 2020 Written Update Shanno stirs a storm Shanno creates a huge scene in Heer’s Sasural. Preeto stops Shanno from telling the truth. Preeto takes the big move to protect Heer from the shocking news. She tells Parmeet that they should celebrate and make such jealous people more angry. She doesn’t want anyone to know Heer’s identity. Preeto tells them that they have a ritual in their family to apply Gulaal to each other and celebrate. She asks Shanno to stay happy now and not create a drama.

She threatens Shanno that she will stab her with a knife if she speaks a word. She warns Shanno against ruining Heer’s life and happiness. Tejinder want to know what Shanno wanted to tell her. Shanno reveals that Heer isn’t pregnant, someone else is pregnant, Heer is cheating the family. She asks Tejinder to confront Heer. She wants to take revenge on Preeto and ruin her life. Preeto finds Shanno outside the house. She asks Shanno if she is in any trauma. She insults Shanno. Preeto thinks Shanno is done with her attempts to ruin Heer’s happiness. She asks Shanno to come home with her. Tejinder creates a drama after Shanno leaves.

Shanno knows that the drama will begin in Virat’s house. Tejinder reveals to Parmeet that Heer isn’t pregnant. This shocks the entire family. Heer asks Virat to take Simran away. Virat takes Simran with him and asks about her lover. Simran tells about Arjun and his address. Tejinder wants Heer to tell about the pregnant girl in the house. She wonders where did Simran go. Parmeet wants to know what’s happening. Tejinder reveals that Simran is pregnant, Heer is just covering up for her. The family is shocked to know the truth. Simran learns that Arjun has left the house. Virat wants to know about Arjun.

They learn from the neighbors that Arjun has left for Canada. Simran feels cheated. She sheds tears. Sant asks Tejinder not to say anything wrong about his daughter. He warns her to point a finger at his pride. Tejinder asks Heer to admit the truth. She tells that Heer had made Simran sit in the puja. Virat tells Simran that he will be with her, they will face the problems together. He wants her to come home. He worries that Heer is getting ill-treated. Parmeet angrily slaps Heer. She wants Heer to deny this truth. She tells that Heer has played with their emotions and cheated them. Virat returns home with Simran. The family confronts Simran.

Parmeet slaps Simran. Sant too wants to know if Simran has disgraced the family. Simran faces the family’s wrath. He blames Parmeet for not giving good values to their daughter. He can’t tolerate that Simran will be an unwedded mother now. He wants to know about the guy. Virat tells them that Arjun has run away. Heer reveals that Arjun had promised to marry Simran. Virat tells Parmeet that Heer was just helping Simran. Heer asks Parmeet to beat her, but she was just doing her duty to support Simran. Parmeet tells Sant that they will abort Simran’s baby. They want to punish Simran. Virat begs them to understand Simran. Parmeet asks Virat to get away. Heer stops Parmeet from doing the injustice.

Reviewed Rating for this particular episode Shakti 27th November 2020 Written Update Shanno stirs a storm: 3/5 This rating is solely based on the opinion of the writer. You may post your own take on the show in the comment section below.