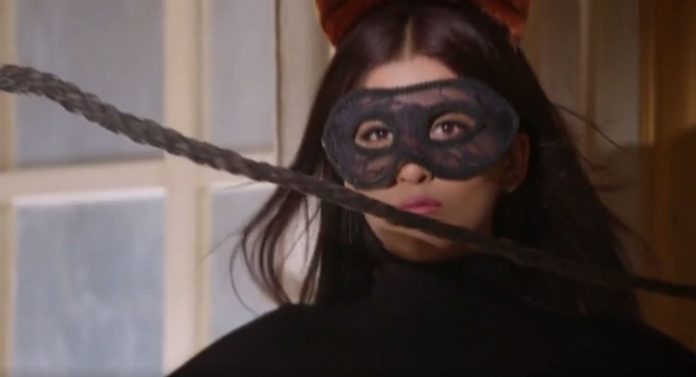 Choti Sardarni 30th November 2020 Written Update Meher a wild cat Sarabjeet and Param have ordered a pretty dress for Meher. They wait for the dress delivery. They want to surprise Meher and see her reaction on seeing their lovely gift. On the other hand, Manav wants to call Harleen and know if she has seen the report. He remembers the way she had blasted anger on him. He wants to talk to her once. He knows that she won’t answer his call. He calls her by the landline.

Aditi takes the phone in time. Manav hides the DNA reports from Aditi. Aditi gets a surprise for Vikram. She asks him if he is happy with her return. He tells her that he loves her a lot, he wants the family to be together. Aditi speaks to Harleen. Manav tells that he had called to know about Sarabjeet and Meher, if they had reached home. Harleen tells that Param had got a surprise for Meher. Param receives the dress. He asks Harleen to pay for the dress. Meher wants her friends to get their kids enrolled in Amrita’s tuition class. Param gifts a dress to Meher.

Sarabjeet gets ready for clicking a family picture with Meher and kids. He wants to record every moment of Meher’s arrival. He tells Param that he will record Meher’s every moment in his favorite camera, playing his favorite song. Meher is angered on seeing the weird dress. She shouts to Sarabjeet for his bad choice. Sarabjeet tells Param that Meher will surely like his choice. He asks Param to see how Meher happily hugs him. Sarabjeet wants Meher to try the dress and come. Meher angrily tells that the dress is really nice.

She asks Sarabjeet if he dreams such about her. Sarabjeet tells that he wants to see her in that dress every night and every morning. Sarabjeet asks Meher if she isn’t coming out soon. Meher tells that she can’t wear the dress. Sarabjeet asks her to try it for his sake. He jokingly calls Meher a wild cat. Meher wants to wear the dress and then show them how dangerous she can get. Meanwhile, Kulwant and Pathak laugh their coaching institute. She is amazed with his big plans. They are happy that they will get much respected and famous in coming time. Pathak introduces the top teachers who will be leading the coaching classes.

Kulwant tells that she will be arranging the teachers. She warns everyone to be careful of her in the future, since she isn’t any illiterate and brainless lady. She fires a teacher who taunts Kulwant as an illiterate. Meher shocks Sarabjeet by donning the catwoman costume. Sarabjeet didn’t imagine to see her in such a wild costume. Param likes her in the fancy dress. Meher tells that she has become a wild cat and will not spare Sarabjeet. Sarabjeet tells that he didn’t mean to see her in this way in his dreams.

Sarabjeet asks Param how did this dress come. Param tells him that he has ordered this dress and it looks really cute. Sarabjeet tells that Meher will not spare him. He tells that Param has created the mess. He apologizes to her. Param asks Meher to catch the mouse, Sarabjeet. Meher and Sarabjeet’s funny moments are seen after a long time. Sarabjeet runs away from her. Param laughs seeing their cat and mouse game. Harleen also enjoys their cute chase. Sarabjeet and Meher get into a romantic moment. They relive their old golden moments of peace by forgetting their tensions.

Kulwant tells Pathak that she doesn’t do anything wrong. Pathak asks her how did she learn English. Kulwant recalls the way Amrita has taught her English after seeing her insult. She values Amrita. Kulwant tells him that she has prepared chits to speak on every occasion. Pathak likes her efforts. He laughs on her funny English. He asks Kulwant to hire Amrita for their coaching classes. Kulwant tells that Amrita will not do any job, since she is her Bahu.

Moreover, Amrita calls Kulwant to inform her about the coaching class. Kulwant doesn’t listen to her. Meher tells Sarabjeet that she will not forgive him easily. He tells that he doesn’t want her to leave him all life. He tells her that Param’s choice is cute. Kulwant learns about Amrita’s coaching classes. She gets against it. Meher opposes Kulwant. Manav sends DNA reports to Harleen through Pathak.

Reviewed Rating for this particular episode Choti Sardarni 30th November 2020 Written Update Meher a wild cat: 4/5 This rating is solely based on the opinion of the writer. You may post your own take on the show in the comment section below. 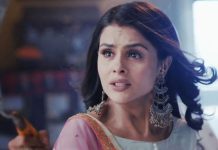 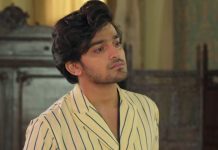 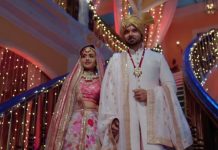