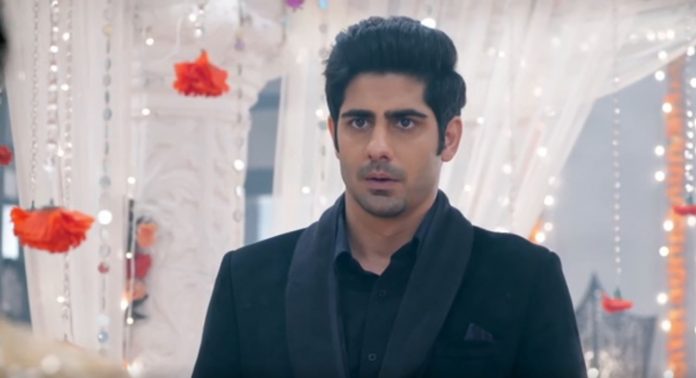 Ishq Mein Marjawan 1st December 2020 Written Update is Vihaan really Vansh Ishani fills so much poison against Riddhima in Vihaan’s mind thinking he is Vansh that Vihaan gets a chance to take a major step against Riddhima. Riddhima still can’t believe that Vihaan is acting so well as Vansh. She gets confused about him at some instances. Ishani tells Vihaan that Riddhima accepted Kabir in the family and then wanted to marry him. Dadi justifies Riddhima’s decision.

She tells that Riddhima was just trying to bring a mother and a son together after 20 long years. She tells that Riddhima had to take the decision in Anupriya’s favor. Dadi calms down Vihaan who seems to be very angry that his wife didn’t wait for his return and was going ahead to marry his enemy, without confirming his death. He asks Riddhima why didn’t he look for his dead body, when she used to boast about her love.

Riddhima tells Vihaan that she loves him a lot and wanted him to return. Kabir tells Vihaan that Riddhima tried hard to get police help, but the police couldn’t find any details about him. Vihaan tells that Riddhima should have not supported his enemy. He decides to oust Kabir from the house, but after a confrontation. Ishani tells that Kabir was rather too happy with Vansh’s death and was trying to take Vansh’s place in the family.

She asks Vihaan not to believe Kabir and Riddhima. Vihaan vents his anger on Kabir and shows him the door. Kabir enacts like a good brother and pretends to get Dadi and Vansh’s sympathy. Kabir isn’t sure that the person in front of him is Vansh. He tells that he was leaving the city on the way when he got to know about Anupriya. He tells that he will be leaving the house, but would take his mother along. Vihaan asks him to leave. Kabir expects him to stop them.

Vihaan stops Kabir to take his turban back, much to the latter’s shock. Riddhima thinks Kabir is a devil, who has finally lost. She gets glad that her plan worked. Dadi asks Vihaan if he is her Vansh or not, since Vansh believes in keeping relations close. She compels Vihaan to stop Kabir and Anupriya home. Vihaan accepts Kabir as his brother.

He silently threatens Kabir that their enmity will not end, they will still be at loggerheads and try to outdo each other. Vihaan then turns the tables and targets Riddhima, who asks him for forgiveness. Vihaan tells that she has cheated him by joining his enemy. He doesn’t forgive her and instead breaks their marriage. He asks for divorce, much to Riddhima’s shock. Riddhima didn’t plan it. She wants to know why is Vihaan doing this and what made him so sure about Vansh’s family. She is confused if Vihaan is Vansh.

Kabir also didn’t know that Vansh will end relations with Riddhima. Vihaan reprimands Riddhima for breaking his trust. He doesn’t listen to Riddhima at all. Riddhima gets ousted from the house. Vihaan sends her to the outhouse, stating that she may live there until the divorce procedure completes. Riddhima gets helpless and feels that she has got another devil home. She didn’t wish Vihaan to take over VR mansion as Vansh Rai Singhania. She is also surprised to see Vihaan behaving just the way like Vansh. What’s the truth? Is Vihaan really Vansh? Is he fooling both Kabir and Riddhima? Keep reading.

Reviewed Rating for this particular episode Ishq Mein Marjawan 1st December 2020 Written Update is Vihaan really Vansh: 4/5 This rating is solely based on the opinion of the writer. You may post your own take on the show in the comment section below.