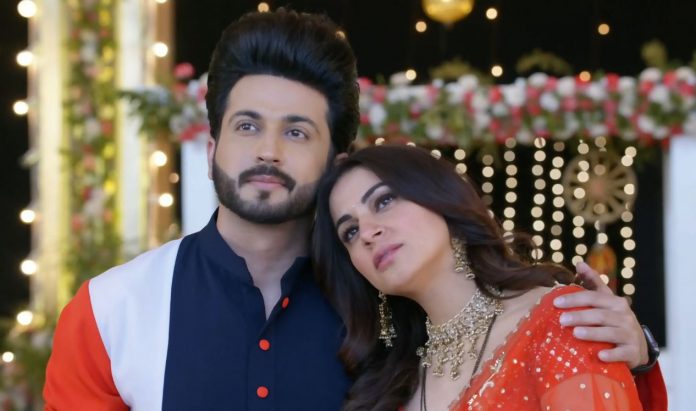 Kundali Bhagya 2nd December 2020 Written Update Karan Preeta special moment Rakhi asks Preeta to take some rest until they do the work. Preeta tells that even Rakhi needs rest. Rakhi tells that Preeta isn’t habitual to keep the fast. She asks Preeta to call Karan. Mahira hinders Preeta. She feels Preeta always does an emotional drama. She challenges that Kaan will break her fast.

Preeta doesn’t want to hear the nonsense. Mahira tells that Karan will be with her. Preeta tells that she trusts Karan, she knows that nobody can snatch Karan from her. She asks Mahira to carry on with the drama. She tells that she will protect her family against Mahira’s evil plans. She tells that if Karan goes to Mahira by his own wish, then the marriage will be meaningless. She tells Mahira that this is not the case, Karan is always with her.

Mahira thinks Preeta doesn’t know her plans. Prithvi surprises Sherlyn. He knows she loves him a lot and kept the fast for him. She tells that she can’t stay hungry because of the baby, she didn’t keep any fast. Rishabh comes to his room and finds Sherlyn tensed. He doesn’t see Prithvi, who hides in time. He tells her that he got Sarla bailed out. He asks Sherlyn to take rest and not go for the puja. She tells that they will also witness the puja and meet the guests.

He asks her to take care of the baby. Prithvi realizes that Rishabh got to know about the pregnancy. Prithvi feels he has lost Sherlyn and Preeta too. He needs a break from them. Mahira tells the guests that she is waiting to break the fast. Sherlyn joins them. Rakhi asks the girls to be ready to start the puja. Karan speaks to his servant Girish, who tells him that he will find his lover soon. Karan teases Girish.

Girish tells that if he feeds water to someone today, then he will have that girl in his life. Mahira faints down to make Karan break her fast. Sherlyn has planned this. She had asked Mahira to faint down and get Karan’s attention. Mahira tries to get Karan’s sympathy. Karan asks Girish to get water. Girish gets the water which falls down in a rush.

He runs to get water again. Preeta feels Karan would have unknowingly broken Mahira’s fast. She is happy that her right isn’t given to Mahira. Sherlyn asks Karan to just feed water to Mahira. The ladies ask Preeta to perform the puja. Karan looks for Girish. Rakhi asks Karan to end Preeta’s fast by feeding water to her. Karan is tensed about Mahira. Rakhi tells that she will be with Mahira. Sherlyn and Mahira’s plan fails.

Karan and Preeta have a moment while they perform the puja rituals. Mahira remembers her plan to not open eyes until Karan feeds her the water. Girish gets the water for Mahira. Sherlyn wants Mahira to open eyes. Mahira gets mistaken and drinks the water by Girish’s hands. LOL!! The family is shocked to see this. Mahira too is super shocked that a servant broke her fast. Preeta and Karan stay happy and busy in themselves. Mahira grows jealous that her plan failed.

Mahira accuses Sherlyn for making such a flop plan. She can’t tolerate that a servant broke her fast. Karan and Preeta get blessed by Rakhi. Preeta is very happy to see Karan reciprocating love. They have a moment of romance. Mahira wants to poison Preeta and kill her to snatch Karan’s love. Preeta tells Rakhi that she wants to be a dutiful bahu. She impresses Rakhi. Mahira wants to just kill Preeta and poisons the sweetdish. Will Preeta die? Keep reading.

Reviewed Rating for this particular episode Kundali Bhagya 2nd December 2020 Written Update Karan Preeta special moment : 5/5 This rating is solely based on the opinion of the writer. You may post your own take on the show in the comment section below.