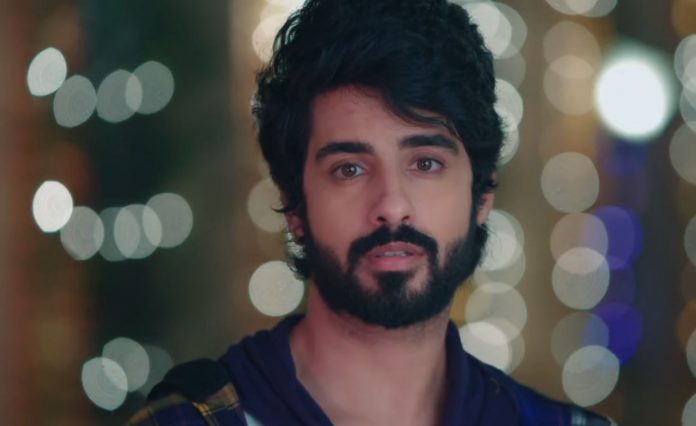 Yeh Hai Chahatein 3rd December 2020 Written Update Rudra Prisha Separation Ahana wants to know about Mahima. She calls Yuvraj to know the details. She asks him to inform her soon if he knows anything important about Mahima. He tells her that its really easy for him to find out everything, he is at the hospital right now and got the medical files as well. He wants to know from other doctor if Mahima’s mental condition is for real. He tells that maybe Mahima has paid the doctor to prove that she is mentally unstable.

Saransh realizes that Rudraksh and Prisha have a fight going on. He drops the water and tells Rudraksh that he is feeling weak. He calls Prisha and asks for her help. He tries to bring Rudraksh and Prisha together. Prisha falls in Rudraksh’s arms. Rudraksh drops her. Saransh tells that he has used this trick to end their fight, they should be friendly. Rudraksh tells that he didn’t fight with Prisha. He kisses Prisha and proves it.

Yuvraj tells the doctor that Mahima is his relative, he wanted to take a second opinion for Mahima. Yuvraj and Ahana learn that Mahima is suffering a mental trauma. The doctor confirms it. Ahana doesn’t thank him and disconnects the call. Yuvraj expected her to say thanks. Gopal informs Saransh that he isn’t coming, since he has to accompany an ailing friend to the hospital. Saransh meets Mahima, who asks him to play a game with her.

Saransh tells her that she isn’t his mum, Prisha is his mum, he will never be with Mahima. He hurts Mahima’s heart. Mahima gets upset. She hurts herself in anger. Saransh gets scared seeing her state. He tells the family about Mahima. Khurana family is shocked that Mahima has attempted suicide again. Balraj doesn’t want the family to take Mahima to the hospital, since it will spoil Rudraksh’s name. He doesn’t want his son to get into trouble.

The doctor is summoned at home. The doctor treats Mahima and asks Prisha not to give any tension to Mahima, else Mahima will attempt suicide again. Prisha didn’t want Saransh to say anything wrong to Mahima. Rudraksh asks Prisha why did she send Saransh to Mahima. They get into an argument. Rudraksh tells that he will never get separated from Saransh. He tells that he will leave Prisha and choose Saransh if he is given a choice. Saransh is hurt to hear their argument. Rudraksh tells that Prisha had chosen Mahima over the family.

He asks how could she forget him, when she promised to always be with him. He expresses his feelings that she left without meeting him. She also expresses that his behavior is hurting her. Rudraksh and Prisha accuse each other. He tells that he has promised Rajeev that he will protect Saransh. Saransh gets enough of their fights and leaves the house again. He meets Yuvraj and informs him about Rudraksh and Prisha’s fight. He tells that Rudraksh has threatened to leave Prisha. Yuvraj gets happy with the good news.

Reviewed Rating for this particular episode Yeh Hai Chahatein 3rd December 2020 Written Update Rudra Prisha Separation: 3/5 This rating is solely based on the opinion of the writer. You may post your own take on the show in the comment section below.