Yeh Rishta Birthday twists 3rd December 2020 Written Update Kartik makes Dadi and Manish talk to Kairav by waking the kid on their insistence. Naira makes a way out of the room, where she awaits Kartik. She later shows Akshara to the family. The family is much happy to see Kartik and Naira together with the kids, like a good happy family. Kartik makes Naira hide from Kairav once again. Kairav gets busy talking to his counsellor Riddhima on the video call.

Riddhima tells Kairav that his birthday is close and he should better start planning for it. Kairav shares all his favorite things to do list with her. She tries to know his feelings regarding Naira. Kairav is still scared of Naira and her presence. He doesn’t want to meet Naira. Riddhima realizes that Kairav isn’t ready to meet Naira. Kartik and Naira have a talk about Riddhima. Kartik wants to explain her that Kairav really needs a counsellor.

Naira understands that Kairav is still having the fear in his heart, the fear which needs to be removed as soon as possible. She knows that Kartik is finding it very hard to stay away from her. Kartik tells her that he meets her every day and every night, but still he misses her deeply. He tells that he doesn’t want to miss out his family. He asks her to fix things soon and come to stay with him. He tells that even he is trying to do the same and that’s why he is taking Riddhima’s help.

He gets a big relief when she asks him to continue Riddhima’s counselling. He tells her that he wants her to know that whatever he is doing is to make their family united again. Naira tells him that she is planning to meet Kairav and surprise him. He is scared that Kairav may not reciprocate well. Kairav’s behavior makes him worried. She tells him that she will handle Kairav her way. Kartik asks her for the birthday treat, since its his birthday as well.

She jokingly teases him that he shouldn’t talk of his birthday plans once he has become a parent. Kartik tells that he wants to be evergreen. Naira plans a romantic surprise for Kartik. She performs on a romantic number and pleases Kartik. They together cut his birthday’s cake and get happiness. They hope that Kairav’s birthday also goes well. Naira becomes a part of Kairav’s birthday celebrations shocking him a lot.

Reviewed Rating for this particular episode Yeh Rishta Birthday twists 3rd December 2020 Written Update: 4/5 This rating is solely based on the opinion of the writer. You may post your own take on the show in the comment section below. 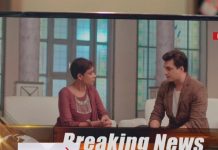 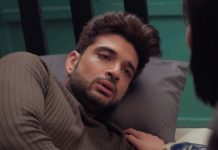