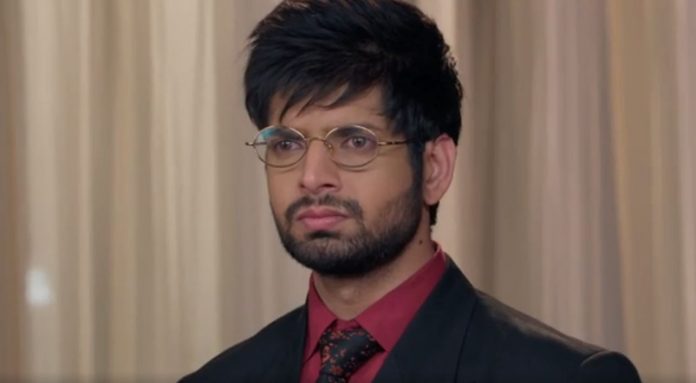 Choti Sardarni Upcoming Manav identity truth out to Harleen Sarabjeet and Meher wait for Vikram/Manav. Manav comes to meet them. Sarabjeet confronts him. Manav asks the reason for calling him somewhere outside the house. Sarabjeet angrily bashes him up as an answer. Manav stops Sarabjeet from the violent behavior. He is grateful to Sarabjeet for saving Karan’s life. Sarabjeet tells him that he never hit anyone in his life unless he had to protect his family. He threatens to kill Manav if he attacks his family’s dignity again.

He tells Manav that he has always ignored his mistakes. He counts Manav’s mistakes. He asks Manav how could he hurt Karan to get the DNA test done. Meher doesn’t think Manav will understand their concern for Karan. She hopes Manav git their answer. Manav stops them to complete the talk. Harleen learns that Vikram Deewan is Manav Sharma. She is super shocked when Meher admits the truth to her. Sarabjeet doesn’t want things to stay hidden in the family. He reveals how Robby had worked for Pathak and hurt Karan in order to get the blood sample.

Harleen learns that Sarabjeet has thrown out Robby from the house because of Meher and Karan. She doesn’t think she should support Meher, when Meher’s past with Manav is going to ruin Aditi’s future. Harleen chooses Aditi over Meher. Harleen hates the fact that Sarabjeet has ruined himself for Meher’s love. She asks Sarabjeet to hand over Karan to Manav and just forget Karan forever. She wants Sarabjeet to save his career first and stop being mad for Meher’s illegitimate child. Soon, Aditi also gets to learn the truth about Meher and Manav’s past. She can’t tolerate that Vikram is Manav. How will the truth shatter the relations? Keep reading.

Reviewed Rating for this particular episode Choti Sardarni Upcoming Manav identity truth out to Harleen: 3/5 This rating is solely based on the opinion of the writer. You may post your own take on the show in the comment section below.