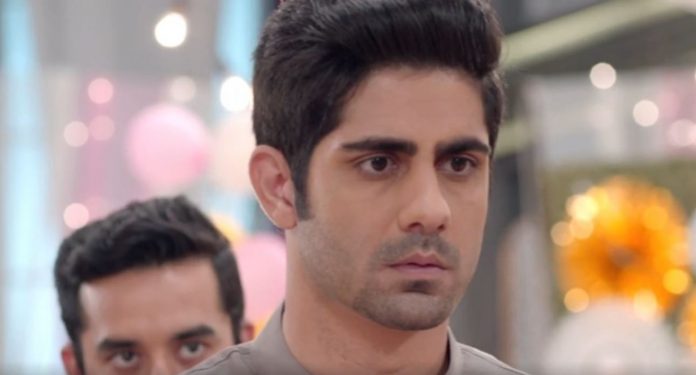 Ishq Mein Marjawan 2 Written Update 8th December Vihaan suspected Riddhima wants a find an alternate way to get the property transferred to Vansh’s name from Dadi’s name. She tells Dadi that since the lawyer isn’t able to help Vansh get the property back due to the procedure, they can speed up the work by making a written application signed by the family to give their NOC towards Vansh’s property transfer. She tells that Vansh will find it easier to deal in the business if he holds the power in hands.

Dadi and Ishani agree with her. They think Ishani is suggesting right, since Vansh has proved his identity to them. Ishani doesn’t doubt Vihaan. Kabir wants to organize Ishani’s baby shower to please her so that the baby stays fine. He makes false promises to Dadi that he wants to keep the entire family happy.

Vihaan silently watches him, while Riddhima doubts Kabir’s intentions. Vihaan and Riddhima pack some gifts for Ishani. She places Ishani’s childhood toys as Vansh wanted to gift her. Vihaan gets to hear her emotional take. He tells Riddhima that she is really clever, that she wants Vansh’s property and then she is also trying to fool Ishani by speaking of Vansh’s emotions. She tells him that she doesn’t care to explain him anything. She doesn’t tell him that her emotions for Vansh’s family is true.

He gets a chance to mock her emotions and also taunts her for being so selfish. He tells her that he will not charge anything to attend Ishani’s baby shower function, since he isn’t a gold-digger. Riddhima and Vihaan get into a very romantic moment again.

On the other hand, Aryan doesn’t want the property to go to Vihaan or Riddhima. He wants Kabir to manage it some how and stop the transfer. Kabir makes a brilliant plan to target Ishani. Aryan goes to Ishani to lay a seed of doubt in her mind against Vansh. He tells her that Vansh isn’t Vansh, but his lookalike. He presents some facts to her which gets shocked to accept. He tells her that he has seen Riddhima paying the lookalike to enact as Vansh. He also adds that Vihaan had practiced Vansh’s signatures and fooled them. Ishani gets triggered to find the truth. She barges into Vansh’s room to find clues against him.

Kabir plants some fake signatures attempt papers to show that Vihaan has forged Vansh’s signatures. He makes sure that Ishani doubts Vihaan. He wants Ishani to create a huge drama in the baby shower function which he has organized for her. Ishani wants to expose Vansh’s lookalike in the function. Vihaan compliments Riddhima just the way Vansh did in the past. Riddhima finds his behavior resembling Vansh to much extent. She gets a doubt that Vihaan is really Vansh. She doesn’t know the truth. Kabir wants to trouble Ishani to take revenge for the insulting remarks she made on him. He doesn’t spare her.

He adds a poisonous powder in the Gangajal kept for Ishani. He wants Ishani to regret for insulting him. He also takes this step to trap Vansh in the blame so that Ishani can vent out her frustration on him. Riddhima fails to know Kabir’s plans. She asks Vihaan to stay alert. Riddhima and Vihaan become Kabir’s target when Ishani consumes the poisoned Gangajal. Kabir gets a chance to accuse Vihaan, while Ishani suspects Vihaan’s intentions. Ishani reveals that Vihaan isn’t Vansh. How will Vihaan handle the matter this time? Keep reading.

Reviewed Rating for this particular episode Ishq Mein Marjawan 2 Written Update 8th December Vihaan suspected: 5/5 This rating is solely based on the opinion of the writer. You may feel free to post your own take on the show in the comment section below.