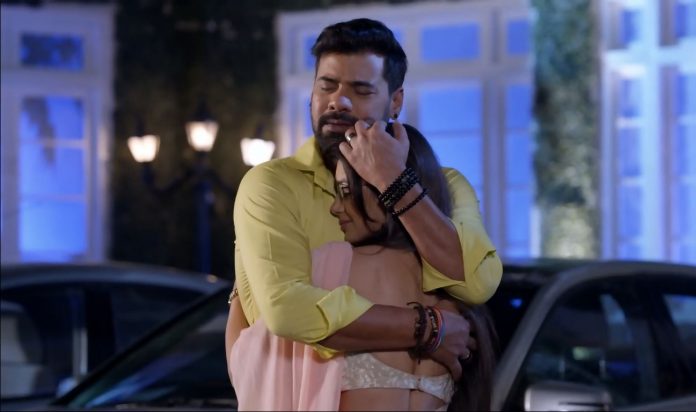 Kumkum Bhagya 10th December 2020 Written Update Painful twist Aaliya tells Mitali that Abhi can refuse to marry Meera. She knows that Pragya will play an emotion card and trap Abhi. She tells that Meera is the best option to make Abhi away from Pragya. She is scared to reveal her intentions to Meera, who loves Abhi selflessly. Mitali also knows that Meera is too good to join hands with them. She asks Aaliya to think of a good plan to keep Pragya out of the house. Aaliya tells that she doesn’t need any idea from Mitali. Dida wants Pallavi to be happy. Vikram goes to clear the hospital bills.

Pallavi waits to go home soon. Pallavi tells Ranbir that she is happy to see him. Ranbir wants to thank the doctor who treated Pallavi. He thanks the doctor. Doctor asks Ranbir to take precautions and not let Pallavi take any sort of tension. Vikram jokes that Pallavi gives him tension. Doctor tells that Pallavi has a weak heart, she shouldn’t take any stress. Vikram knows Ranbir will sacrifice his love. He feels sorry for his son. Prachi tells Shahana that Abhi scolded her because he loves her. She knows that Pragya has gone to meet Abhi.

Sarita tells that everything will get okay. Pragya comes home in a broken state. She expresses her sorrow. She doesn’t want to tell anything to the family. Sarita senses that something is wrong. Pallavi takes rest at home. She is glad to have Ranbir agreeing to her wish. She tells that she got united with her family. She asks Aryan not to support Ranbir in his wrong plans again. Ranbir is upset. Aryan apologizes to them. Pallavi appears happy.

Dida finds Ranbir worried. She feels sorry for him, just like Vikram feels for his son’s quietness. She wants Aryan to speak to Ranbir and lighten his heart. She tells Aryan that Ranbir is worried regarding his decision. Furthermore, Abhi returns home with tears in eyes. Aaliya wonders what’s on his mind. Aaliya finds Abhi appearing too upset. She tells Mitali that Abhi should marry Meera, if Pragya comes back, then it will be too wrong. Abhi is hurt by Pragya’s words. He summons the family. He asks Meera if she will give much love to Rhea. Meera accepts his proposal. She promises to give love to Rhea. Dadi tells him that the family is fooling her that he is ready to marry Meera. Abhi answers Dadi that the news is true.

He declares that he is going to marry Meera. He fixes the marriage date as well. Dadi asks him to rethink about his decision. He feels Rhea has yearned for a mother for years, he got too late in marrying Meera. He tells that he wants to give his first wedding invite to Pragya.

Ranbir tells Aryan that he is sacrificing his love for the sake of Pallavi’s good health. Aryan learns the entire matter when he emotionally talks to Ranbir. Ranbir tells him that he has lost his love. He tells that Pallavi has emotionally blackmailed him and got his consent to marry Rhea. He adds that Pallavi has a weak heart, she won’t be able to survive if she gets another heart attack. He tells that he couldn’t become a good lover for Prachi. He regrets that he had to give up on his love.

He cries which makes Aryan feel bad. Shahana tells Sarita that Pragya is crying, something has happened when Pragya met Abhi. Sarita tells that she is positive that Abhi and Pragya will not have any issue, but its all because of Rhea. She tells that Prachi is with Pragya since 20 years and Rhea is with Abhi, there will be a huge distance between them, the distance of the huge gap. She tells that maybe Abhi and Pragya have fought for the sake of their daughters. Prachi knows that Sarita has guessed it right.

Raj and Mitali have a talk regarding Abhi and Meera’s marriage. She is very excited that Abhi is finally getting married to Meera. She tells that Abhi is marrying for Rhea’s sake. Raj doesn’t think so. He feels that Abhi is marrying for the sake of his ego. Dadi wants to know why is Abhi adamant on his wrong decision. She wants to help Abhi and Pragya. Abhi cries that he is losing Pragya. He doesn’t answer Dadi. He asks her to take rest. Dadi wishes his happiness. Pragya also cries and yearns for him. Pragya and Abhi’s longing is evident when they suppress their sorrowful storm in their hearts.

Dida wants Pallavi to keep smiling. She finds Pallavi tensed again. Pallavi tells that she got to know that Prachi is Abhi’s daughter. Vikram asks her not to refuse for Ranbir and Prachi’s alliance now. Pallavi tells that she doesn’t want their marriage to happen. She still doesn’t like Prachi, feeling the insecurity that Ranbir will leave her. She can’t tolerate Ranbir’s love for Prachi.

She can’t forget that Ranbir was misbehaving with the family for Prachi’s sake. Vikram asks her to calm her insecurities and just focus on Ranbir’s future. She behaves like a selfish mother, who ignores her son’s happiness. She tells that they should go to meet Abhi. Vikram asks Pallavi to take care of her diet and not visit Abhi’s house. He knows why she wants to meet Abhi. Pallavi wants to fix Ranbir and Rhea’s engagement so that Pragya doesn’t bring Prachi’s alliance.

Reviewed Rating for this particular episode Kumkum Bhagya 10th December 2020 Written Update Separation time: 4/5 This rating is solely based on the opinion of the writer. You may feel free to post your own take on the show in the comment section below.