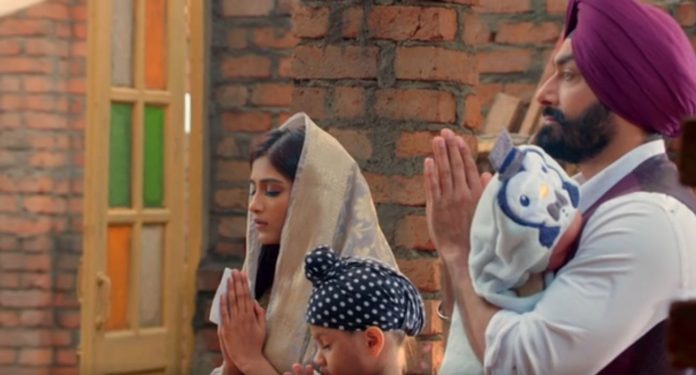 Choti Sardarni Miracle witnessed 15th December 2020 Written Update Aditi keeps a condition in front of Sarabjeet before ousting him from the house. She tells that he has to leave his surname as well, he shouldn’t take his surname’s support in order to make a living. Sarabjeet is ready to drop his surname Gill and survive in the outside world on his own. Sarabjeet and Meher leave the house. They struggle on the roads.

They are happy because they have their kids along. Sarabjeet finds Param not adjusting. He convinces Param by new ways. Meher feels bad for Param. Manav is worried that Sarabjeet and Meher are wandering on the road. He asks Kaushal to find them and try to help them. He wants to make sure that the children are safe. Kulwant storms into the house to teach a lesson to Aditi and Vikram. She shames them off. She tells Vikram that he has done a big mistake by returning to Meher’s life to ruin it down. Manav tells that he isn’t wrong.

He wants Kulwant to understand the injustice with her. Aditi answers Kulwant. She tells that her mother was the real bahu of Gill family, and the entire property belongs to her now. She removes all the pictures of Sarabjeet and his family. Manav feels sorry and sheds tears. Kulwant blames him for using Aditi against Sarabjeet to get the property. She insults him for his greed. Aditi asks her to leave from the house. Manav wants Aditi to stay happy with her surname and house. He doesn’t want to be a part of her revenge. He leaves the house.

Harleen finds Manav a good person. She tells Aditi that she can’t make her own house by breaking their family. She tells that Aditi can change everything, but not the soul of the house. She asks Aditi to have a count down for destruction. Aditi and Harleen have a fight. Kulwant tells that Harleen is still enjoying the luxuries, and left supporting Sarabjeet. Harleen warns her. She tells that she has tried hard to stop Sarabjeet, but he didn’t listen. She wants to get Sarabjeet back. Kulwant asks her to find them out first.

Meher tells that its too far, its hard to reach there. Param doesn’t want to walk more. He feels sleepy. Param guides them to chant Guru’s name and pray. Sarabjeet and Meher sit praying. A storm occurs. A man comes forward to bless Sarabjeet and Meher for their earnest prayers. They get an unexpected sight. They receive help from the person.

Sarabjeet runs between the storm to get the note he received from the noble man. He finds the man disappearing. While following the note, they find a shelter for themselves. They feel blessed by their God. They find a shelter given to them by their God. They realize that this is the place that’s meant for them. They have successful overcome the storm. Sarabjeet and Meher tell Param that its their new nest, the man was an angel sent by their God to guide them. They want to pick the right direction from the angel. They realize that they are walking on the right path. They start settling down in their new house.

Reviewed Rating for this particular episode Choti Sardarni Miracle witnessed 15th December 2020 Written Update: 3/5 This rating is solely based on the opinion of the writer. You may post your own take on the show in the comment section below.