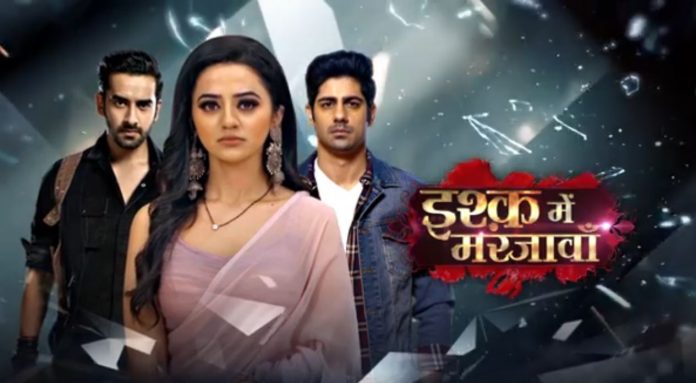 Ishq Mein Marjawan New mystery 15th December 2020 Written Update Riddhima and Vihaan get into an argument after he handcuffs her and puts her into a fix. He doesn’t want her to go away and find the secret left by Vansh. He keeps her engaged. He wants to know what is she hiding. He gets hints from her. Riddhima manages to lie to the family and covers up the handcuffs. She still wants to find out the painting in Ishani’s room and the secret hidden behind it.

She wants to reach there before the time gets over. She knows that if she gets late, then she will lose the secret forever. She hurries to reach Ishani’s room, knowing Ishani is away on shopping. Vihaan doesn’t let Riddhima leave. Kabir finds them behaving weird. He wants to know what is Riddhima up to. He tells that he will not lose the game so soon, there is still a loose end which can make him win the entire game. Kabir spies on Riddhima again. Riddhima finds another clue in the painting, which leads her to the next spot. Vihaan faints down by an accident.

Riddhima thinks its better that she gets the secret before he gets conscious. She feels the pressure that she has to reach the secret as soon as possible. She gets smarter with every clue find. She reaches the storeroom where she finds an old safe. She tries to unlock it and gathers more clues. She finally unlocks it, while Vihaan gains consciousness. Vihaan and Kabir hunt for the secret, while being away from Riddhima’s sight.

Riddhima wants to get rid of both of them. Riddhima wants to rush and get the real secret known. She gets Vihaan and Vansh’s picture. This leaves her more confused. Kabir tries to reach Riddhima, but Vihaan hinders him. Kabir gets into an argument with Vihaan, just like he used to argue with Vansh. Kabir is shown his place once again. Vihaan doesn’t spare him. Kabir wants to give back the humiliation when his turn comes. Later, Riddhima confronts Vihaan about the picture. Vihaan reveals that its a big truth that can burn all the relations in the house. Vihaan’s statement leaves her puzzled.

Reviewed Rating for this particular episode Ishq Mein Marjawan New mystery 15th December 2020 Written Update: 4/5 This rating is solely based on the opinion of the writer. You may post your own take on the show in the comment section below.