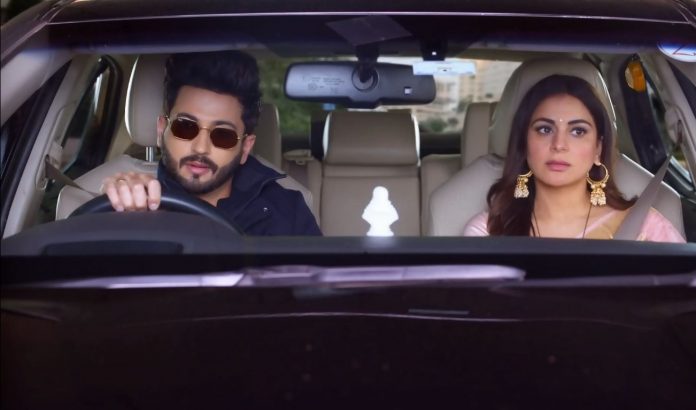 Kundali Bhagya 16th December 2020 Written Update Preeta Karan honeymoon Sherlyn and Mahira expect Rakhi to rebuke Preeta. Sherlyn sees Rakhi smiling and thinks if she is thinking wrong. She wants Rakhi to just blast anger on Preeta, but it doesn’t seem so. Rakhi treats Preeta nicely. Kareena tells Rakhi about Karan and Preeta’s separated sleeping. She reveals what Preeta did with Karan. Karan doesn’t want Kareena to tell anything to Rakhi. He fears that Preeta’s image will get spoiled. He interrupts Kareena from telling anything. He lies that he had locked Preeta in the room and came to sleep in the living room.

He tells them that it was actually his mistake. Rakhi scolds him for his silly mistakes, even when he has got married. She asks him to stop the misbehavior. Preeta thinks Karan got the scolding of her share. She knows that Kareena would have scolded her. Kareena asks Rakhi to forgive Karan. Rakhi apologizes to Preeta. Preeta tells that Karan and she always have such cute fights. Sameer asks Rakhi to reveal the surprise. Rakhi tells that Karan and Preeta are going on their honeymoon. This shocks Sherlyn, Mahira and Kareena. Bani is happy for Karan and Preeta.

Rakhi wants Karan and Preeta to spend time somewhere far from the family. She gifts them the honeymoon package. Preeta tells that she already understands Karan well, she doesn’t need any honeymoon package. Karan tells that he also understands Preeta, he doesn’t want to go anywhere. Rakhi knows that they are very happy in their heart and are willing to go on a honeymoon. She asks them to go there and fight if they want, but she doesn’t want anyone to taunt her for not doing her duty towards them. She asks them to start packing. Karan wants Preeta to thank him that he saved her from Rakhi’s scolding.

Mahira asks Rakhi how can she do this. Rakhi tells that she should have done this much before. She asks Mahira to accept the truth as soon as possible. She wants Mahira to move on. Sherlyn pacifies Mahira. Shrishti tells Sarla that Sameer had caught her and asked her to pack Preeta’s woollen clothes. Sarla asks the reason. She asks Shrishti if Preeta is unwell. Shrishti asks her to ask Preeta herself. Sarla calls up Preeta and asks if she is fine. She wants to know what is she hiding. Preeta tells that she is absolutely fine.

Shrishti tells that Sarla is concerned for her. Sarla and Shrishti ask Preeta the matter. Sarla doesn’t understand it. She tells that she is curious to know. Preeta tells them that she is going on a honeymoon with Karan. Sarla and Shrishti get glad for her. Karan overhears them. Sarla tells that she will gift the hand-weaved clothes for her. She asks if Karan will like the clothes weaved by her. Karan tells that he will love it. He asks Sarla to send it. Shrishti wishes Preeta. Karan tells Preeta that their honeymoon would mean their closeness, they will be together and close, there won’t be any disturbance. Preeta gets shy. He likes to tease her.

Karan gets happy. Mahira was happy that Karan and Preeta are distant. Sherlyn tells that if Karan and Preeta get close on their honeymoon, then they will return with the good news. Kareena tells that Karan should celebrate the good news with Mahira. She asks Sherlyn to support her. She wants to fix the wrong. She wants Sherlyn to take Mahira to the same hotel and try to bring Karan and Mahira closer. She tells that everything is fair in love and war. She tells that the honeymoon will be good for them, they will find Preeta alone there and Karan can get snatched from her. He asks Sherlyn to accompany Mahira. Mahira calls Kareena a genius.

Karan tells that he will take all his necessities along. Mahira tells that Karan carries his boxing gloves and cricket kit as well. Preeta tells that one of the bag belongs to her, while the rest are of Karan. Shrishti jokes to bring more romance between Karan and Preeta. Rakhi blesses Karan and Preeta. The couple makes a leave from the house.

Reviewed Rating for this particular episode Kundali Bhagya 16th December 2020 Written Update Preeta Karan honeymoon: 5/5 This rating is solely based on the opinion of the writer. You may post your own take on the show in the comment section below.