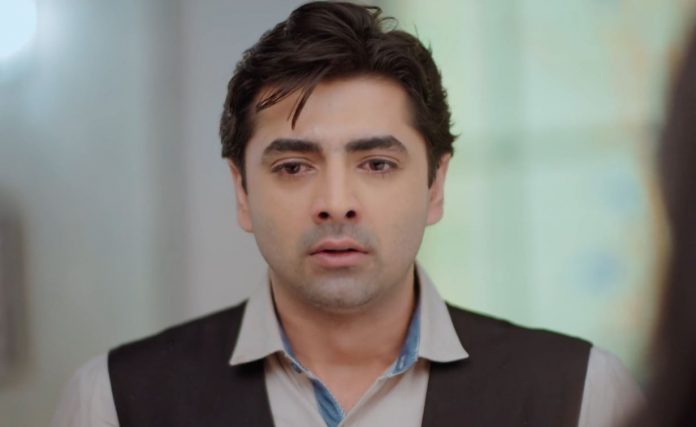 Yeh Rishta Naksh huge scene 19th December 2020 Written Update Riddhima reveals the truth to Kairav that Naira is the Aai who used to cook food for him. Kairav can’t handle the truth that Naira has stayed close and still far from him. Kairav runs to Aai’s flat to check. Riddhima’s actions get reprimanded by Kartik and Naira. Kairav visits the flat and rings the bell. He doesn’t get any answer. Naira unlocks the door for him. He realizes that Riddhima has said the truth, Naira used to stay in the same building. He gets to see his pictures and memories. He asks Naira why did she not meet him if she stayed close.

Kartik and Naira get scared that Kairav will get away from them. Kairav handles the truth maturely. He tells that he used to miss her a lot, she could have come to meet him long time back. He apologizes that he broke the family by his anger. He is glad that she was close to him. Their happy family still stays strong. Kairav is thankful that the secret is out. Naira tells that Riddhima has told the truth to Kairav at the right time and solved their problem. Kartik apologizes to Riddhima for misunderstanding her.

Naira tells Riddhima that they will miss Riddhima. Kartik tells Kairav that Riddhima is going back to the US. Kartik offers her help. Kairav is happy that Riddhima has become his best friend. Meanwhile, Surekha confronts Naksh for making her sons work like employees in the office. She creates a huge scene.

She tells that she won’t stay quiet when she has seen Naksh ill treating her sons. She wants Naksh to give work to her sons as per their standards. She asks Naksh to not forget that he isn’t a Goenka, he is just doing Kartik’s duty for the family.

Riddhima is frustrated that she is thrown out of Kairav’s life. She can’t lose Kairav. She is angered on herself that she has spoilt things herself. She wants Arjun with her. She tells that she doesn’t have any life in the US, her life is where Kairav stays. She expresses her a wish to get Kartik as well. Surekha rebukes Naksh for misusing his power. Kirti stops Surekha from hurting Naksh’s sentiments. She wants Surekha to sort out her issues. Surekha adds that Kirti would really take a stand for Naksh. She taunts about Kirti and Naksh’s relationship.

Manish reprimands Surekha from insulting Naksh, who has always been a son for them. He values Naksh, who is doing a lot to help them in Kartik’s absence. Naksh breaks down by Surekha’s sharp accusation. Akhilesh apologizes to Naksh on Surekha’s behalf. Surekha doesn’t deter. She tells Gayu that Naksh and Naira are the same, they just try to get all the attention. Gayu feels sorry for Naksh. Riddhima is upset when Kartik sends her the tickets.

Kartik, Naira, Kairav and Akshara spend time together. Riddhima gets jealous seeing them. She finds her life empty without Kartik and Kairav. Naira gets suspicious on seeing Riddhima. Naira sings a lullaby for Kairav and puts him to sleep. Riddhima wants to take Naira’s place in their lives. Kairav makes a card for Riddhima. Kartik permits him to go and meet Riddhima. Kairav goes to play. Naira wants Sudha to be careful.

Kartik finds Naira worrying a lot. She wants to be double sure that her son is safe. He asks Naira about her doubt. Naira doesn’t have anything certain. She feels the anxiety. She goes to meet Riddhima. She finds Riddhima already gone. She is shocked by a truth that Riddhima’s medical license is cancelled because of her mental issues. She shares the truth with Kartik. They realize that Riddhima has taken Kairav with her. Riddhima wants Kairav to become her Arjun.

Reviewed Rating for this particular episode Yeh Rishta Naksh huge scene 19th December 2020 Written Update: 4/5 This rating is solely based on the opinion of the writer. You may post your own take on the show in the comment section below.