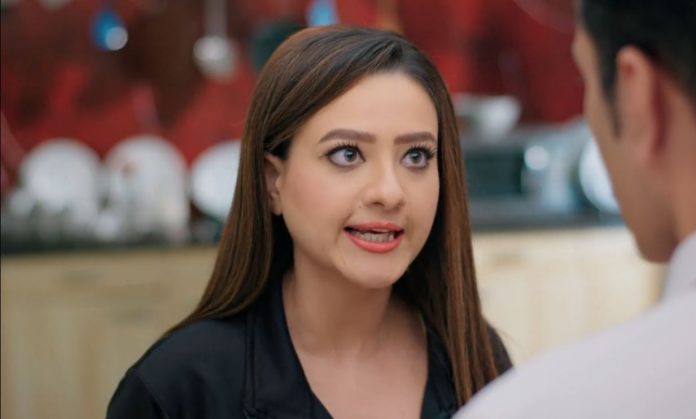 Anupama 24th December 2020 Written Update Kavya shocking demand Leela tells that they have heard the children’s wish before and now they will be deciding for them. Anupama and Vanraj want Kinjal to tell them what she wishes. Rakhi tells that Kinjal always wanted a big fat wedding. Kinjal tells that she had thought a lot for her lavish destination wedding. Rakhi gets glad to put the pressure on the Shah family. Kinjal tells them that she used to think of just fun before, but now she thinks of family.

She realizes that marriage is memorable because of family, not any lavish decorations or crowd. She just wants her family and friends in her marriage. She makes Anupama and Vanraj proud. She wants the blessings of her in-laws. Paritosh feels proud of Kinjal and wants to support her decision. He tells that he wants Kinjal happy. Vanraj asks Pramod if he also wants Kinjal’s happiness. He doesn’t give a chance to Rakhi to speak up.

Pramod accepts Kinjal’s request which fails Rakhi’s plan. Rakhi feels Anupama has won Kinjal by brainwashing her. Anupama tells that she wants to win Rakhi’s faith and befriend her. Rakhi doesn’t think Rakhi’s dream will turn true. Kinjal sees off her parents. Leela wants Vanraj to stay at home during Paritosh’s marriage since there will be plenty of tasks to meet. Vanraj wants to talk to Kavya. Leela asks Anupama not to get upset with him.

Anupama feels bad that all her rights got snatched. She doesn’t think she has any relation left with Vanraj. Anupama tells that she doesn’t say anything always. She wants Vanraj to think why did he leave the house if he had to come back. He doesn’t want to do any duty as Vanraj’s wife. Later, Vanraj meets Kavya. She asks him about Rakhi’s new drama. He tells her that Kinjal got unexpected and Leela handled Rakhi well.

Kavya is happy to know the good news. She asks him to share the bad news as well. He tells that Leela invited him home to stay during marriage functions. She permits him to go, but on a condition that she will accompany him. She tells that she will not let him go alone. This demand puts him in stress. Leela tells Anupama that Kinjal will wear her saree in the marriage. Anupama has bad memories with her bridal saree, which she considers unlucky.

Leela asks her not to blame the clothes instead fate. Anupama doesn’t want Leela to show the saree to anyone again. She wants Kinjal to wear Rakhi’s bridal clothes in her marriage. Rakhi goes angry that Kinjal’s marriage will happen in a poor manner. She targets Paritosh to trouble the Shah family. She declares that Paritosh will become the new MD of her business. Shah family get to learn his news from the newspaper. They wanted Rakhi to discuss this with them. Paritosh and Kinjal learn about Rakhi’s decision from Leela.

Paritosh doesn’t think its anything bad. He is more than happy to get acceptance from Rakhi. Kinjal tells that Rakhi has an issue with Paritosh’s status, so she is trying to make his status higher. She wants to know why did Rakhi make this announcement. Vanraj goes angry on reading the news. He understands that Rakhi is targeting his son. Paritosh tells that Rakhi maybe trusting his capabilities. Anupama asks him not to accept such gifts, the job is based on the relations. She wants him to complete studies and then train himself for the job.

Leela also feels that dowry is charity. Hasmukh tells that Rakhi should have given the MD position to Kinjal. Paritosh feels Rakhi has chosen him for a good position. Kinjal doesn’t think they should take any favor, and instead prove themselves. Anupama feels proud when Kinjal decides to refuse to Rakhi’s favor. She finds Paritosh getting upset. She doesn’t want them to argue. She tells that she will speak to Rakhi. She wants Paritosh and Kinjal to prepare for their Sangeet function. Vanraj wants to explain Rakhi.

Kavya tells him that she wants to be a part of his happiness. She wants her rights. He refuses to take her along. She wants to know her value in his life. She tells that their relation is illegitimate and he always proves it. He tells her that he loves her, but their society isn’t so modern that he can take his girlfriend in his son’s marriage. He wants her to understand that he just take her along. He informs that the marriage would be a simple affair, which means he won’t bear much expenses. Kavya is upset that he didn’t support her.

Rakhi awaits Anupama’s call. Anupama invites Rakhi and Pramod in the Sangeet function. Rakhi expected her to react about Paritosh’s job. Anupama is grateful to her that Rakhi has given Kinjal to them. She sings praises of her Bahu. Rakhi is surprised that Anupama isn’t raging, she is actually more calm than before. She wants to create a scene at the Sangeet function to snatch Kinjal from Anupama.

Reviewed Rating for this particular episode Anupama 24th December 2020 Written Update Kavya shocking demand:5/5 This rating is solely based on the opinion of the writer. You may post your own take on the show in the comment section below.