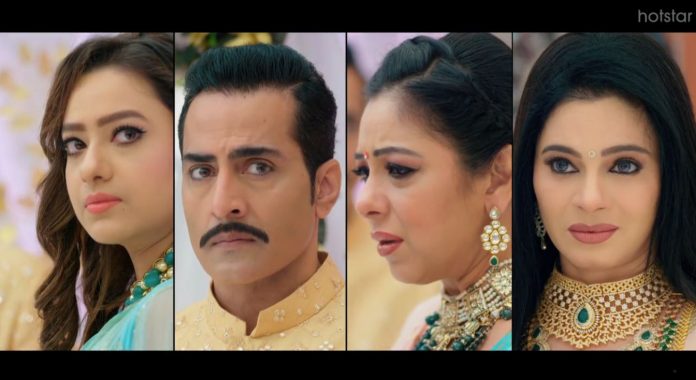 Anupama deadly fury 29th December 2020 Written Update Vanraj and Anupama happen to be in a moment as Paritosh’s parents. He speaks his heart out. He is glad that she is with the children as a good support. She tells him that she won’t be the same wife for him, but she will always be the same mother for her children. He tells that he didn’t spend much time with the children, but she has always been there. He is thankful to her. She tells that she will never do a wife’s duty for him, he shouldn’t expect anything from her. He tells that he is happy with Kavya, who is his future. She asks him to go to Kavya.

Kavya’s mere mention spoils their moment. Samar and Nandini get into a dreamy romance moment. Nandini also starts feeling for him. Anupama’s mother meets Vanraj in Paritosh’s wedding ceremony. She gets upset with him, since he has insulted the relation of marriage. She wanted him to always respect Anupama. Anupama is glad to have her mother’s support. She stops her mother from insulting Vanraj. She does a mother’s duty for Paritosh.

Vanraj and Anupama make prayers for their son. Rakhi meets them to shower some taunts again. Anupama doesn’t answer her, while Leela finds ways to taunt Rakhi. Rakhi tells that Pramod had gone for an important meeting. Anupama welcomes Rakhi for Kinjal and Paritosh’s marriage. Vanraj asks Anupama to tell him if there is anything to help. Kavya calls him to make an unusual request. She tells Vanraj that she is leaving for a meeting. Vanraj tells that he doesn’t have any back pain, he had slept comfortably in his room.

Kavya tells that she wants to attend the marriage. She feels lonely. She doesn’t want him to always have his way. Rakhi wants to break Kinjal’s marriage. She tells Kinjal that Pramod couldn’t come for the ceremony. Kinjal feels bad. Anupama stops the varmala ritual upon citing something strange. She wants Paritosh and Kinjal to not have fights for small issues. She wants them to resolve it and appear happy in the pictures. She cheers them up. She tells that they should value the moment that they are coming together for many births.

She asks them to apologize to each other. Vanraj apologizes to Anupama by hearing her good lecture. Anupama brings more fun in the rituals. Rakhi awaits the storm in the marriage. She knows that Anupama won’t be able to handle anything when the storm arrives. Vanraj and Anupama perform the rituals together as Paritosh’s parents. Paritosh and Kinjal celebrate their togetherness happily. Kavya arrives to bring the storm in their lives. She spoils the wedding ceremony by her unexpected arrival. She shocks them by telling that she has come.

Anupama doesn’t want any drama. She asks Rakhi to ask her guest to leave. Devika wants to settle scores with Rakhi. Rakhi isn’t scared of anyone. She enjoys the drama of Vanraj’s wife and lover. Anupama tells that Vanraj and she are just parents for Paritosh, Kavya shouldn’t spoil Paritosh’s special day. Kavya reminds that Anupama had left Vanraj by her own will. She tells that Vanraj belongs to her now. Devika calls Kavya a home breaker. She threatens Kavya. Kavya blames Anupama for being dual faced. Anupama tells that everyone isn’t like Kavya.

Furthermore, Kavya and Anupama’s heated argument leaves everyone in shock. Vanraj is tensed because of Kavya. He asks Kavya to leave. Kavya asks Vanraj to answer her, why did he come to live with her if he wants to be with the family. He asks Kavya not to spoil his son’s function. Kavya accuses Vanraj for speaking Anupama’s language. Hasmukh and Leela ask Vanraj to solve the problem. Kinjal wants Rakhi to just make Kavya leave. Rakhi taunts that Kavya is Vanraj’s girlfriend, Vanraj is responsible for Kavya’s presence. Kavya wants her rights on Vanraj. She wants Anupama’s nuptial chain. Anupama gives a befitting reply to Kavya and slaps her in rage. Vanraj and entire onlookers are shocked to see Anupama’s fury.

Reviewed Rating for this particular episode Anupama deadly fury 29th December 2020 Written Update:5/5 This rating is solely based on the opinion of the writer. You may post your own take on the show in the comment section below. 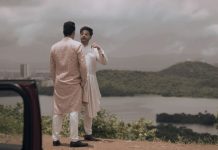 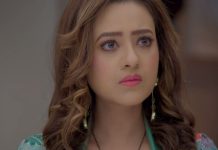 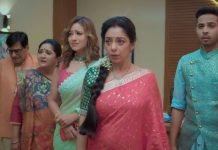