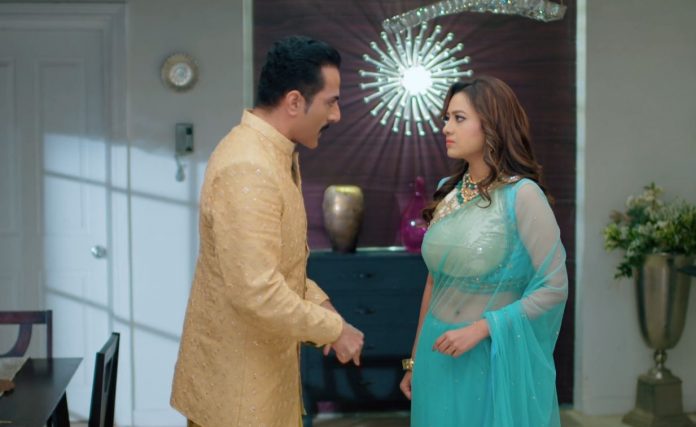 Anupama 30th December 2020 Written Update Vanraj Kavya breakup Paritosh wants Kavya to leave from the wedding. Hasmukh tells Vanraj that he is the most unluckiest father in the world. He wants Vanraj to make Kavya out of the house. Leela insults Kavya. Vanraj wants Kavya to just leave the house. Kavya wants him to accompany him. Vanraj refuses to leave. Kavya confronts him for finding it tough to break his relation with Vanraj. Anupama wants Kavya to not create a scene and just go away. Kavya gets obstinate. She doesn’t want to go away.

Anupama asks Kavya to take away Vanraj and take her rights, but stop ruining the marriage. Vanraj wants Kavya to keep his respect. Kavya tells that she is tolerating the insult for his sake. She asks him to remember that if he loses his job, then he has to come to take her help. She tells that Anupama won’t be able to help him. Vanraj asks Kavya not to mention anything about his threatened job.

Kavya doesn’t want to budge without making a decision. She tells Anupama that she used to pity her before, but now she has much ashamed of her. She humiliates Anupama to vent out her anger. Devika limits Kavya from insulting Anupama. Kavya laughs on weak Anupama, who always needs someone else for taking a stand for her. She tells that Anupama can never handle her life. Samar wants Kavya to stop herself.

Vanraj too wants Kavya to just limit herself. Kavya tells that Anupama has no identity after breaking her relation with Vanraj. She blames Anupama for falling low and keeping a relation with him. Anupama requests her to just go away. Kavya makes a mind to marry Vanraj. She tells Vanraj that she will take her rights from Anupama. She wants Anupama to give Vanraj’s wife’s status to her. She demands Anupama’s nuptial chain. She dares to snatch it, making Anupama’s past wounds fresh. Anupama stops tolerating her.

She tells that the nuptial chain doesn’t matter to her, since the relation isn’t there. She doesn’t let Kavya to snatch her nuptial chain. She wants Kavya to know that she still holds blessings of the elders. She drags Kavya out of the house. She tells that she will show what she can do. She asks Kavya to keep some decency and just go away. She expresses her strength, her family. Kavya misbehaves with Anupama in rage.

Anupama answers her by a sharp tight slap. Devika and family are proud of Anupama’s move. Vanraj takes a stand for Kavya. He asks Anupama how dare she slap Kavya. Anupama reprimands Kavya for ruining Paritosh’s happiness. She rebukes Vanraj for always making relations a joke. She asks him to leave with Kavya if he wants. He loses his cool. He doesn’t want to go away by leaving his duty towards his son. Anupama asks him to come alone.

Kavya doesn’t want him to go with Anupama. Kavya gives him an ultimatum. She threatens of dying if he goes back to the family. Vanraj feels failing as a father when he is helpless to choose Kavya. Anupama tells that she will be completing the marriage rituals alone. Paritosh hates Kavya for snatching his father. Vanraj witnesses the wedding from the doorstep. He feels Kavya ruined everything, but stands for their love. Paritosh and Kinjal get married. Vanraj and Kavya head to her house for an argument.

She asks him why did he not stop Anupama from slapping her. Vanraj tells that he can’t beat his wife. She argues with him for having a strong relation with Anupama. He accuses her for making Rakhi’s plan successful. He tells that Rakhi has used her just for the sake of her own benefits. Kavya tells that Rakhi isn’t wrong this time. She tells that Rakhi brought their affair news outside and got their relation accepted by the family. She wants him to take a decision. She pushes him to the limits.

She wants him to give a name to their relation. She blames him for not divorcing Anupama. She don’t want to live a secret life. She tells him that Rakhi has helped her by inviting her in the marriage ceremony, Rakhi has paid her respect, unlike Vanraj. Vanraj and Kavya end up quarrelling. He feels that Kavya has snatched his rights on his children. Kavya asks him to go back to Anupama. Vanraj angrily breaks up with Kavya and leaves her house. Will he get back to Anupama? Keep reading.

Reviewed Rating for this particular episode Anupama 30th December 2020 Written Update Vanraj Kavya breakup:5/5 This rating is solely based on the opinion of the writer. You may post your own take on the show in the comment section below.