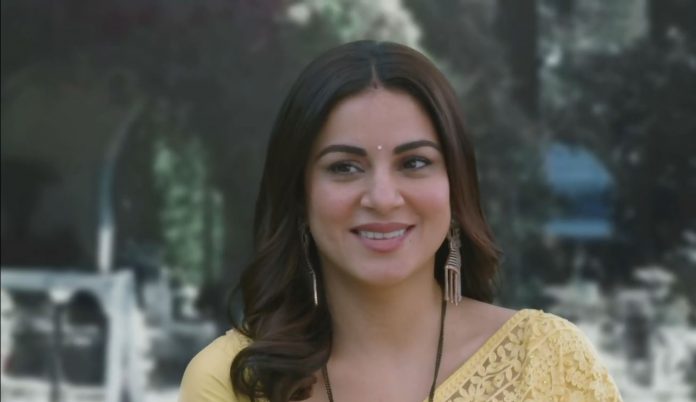 Kundali Bhagya 31st December 2020 Written Update Preeta rocking prank Shrishti reminds Sherlyn her foolishness. She tells that Sherlyn had left the tablet with Preeta while showing the video live to her. She tells that Preeta had used the same tablet to call the police. Preeta thanks Sherlyn for unknowingly helping them. She tells that they have got justice. Sherlyn contacts Prithvi. She warns him against saying anything wrong again. Prithvi laughs on knowing her defeat. He tells that he already knew this would happen.

He tells her that Preeta is a lioness, she will never give up on Karan. She blames him. He asks her not to say any nonsense. He tells that she shouldn’t shout on him to vent out her frustration on her failure. He tells that she can do nothing, but just get jealous. He is also angry that the plan got unsuccessful. She asks him not to shout on her. She gives him the news that Karan and Preeta didn’t celebrate their honeymoon. He is glad to know it. He tells that he will always wish that Preeta never unites with Karan.

She wants him to control his tongue. He tells that he will take things in his hand. He wants to test if his wish will get true. He wants Preeta to love him. Sherlyn calls Kareena and Ramona for help. Kareena reaches Manali and meets Sherlyn. She tells that Preeta is more smarter than Mahira. She doesn’t want Preeta to know her plans. She can’t face Rakhi and Bani if Preeta exposes her plans. Ramona wants to know what is happening with Mahira.

She tells that Mahira isn’t wrong. Kareena gets her lawyer to arrange Mahira’s bail. The lawyer gets Mahira released on bail. Ramona rebukes Mahira for ruining her life. Kareena doesn’t want Ramona to create any issue at the police station. Sherlyn tells that they can’t do anything against Preeta right now, else they will be falling in big trouble. Mahira confesses her mistake to Ramona. Mahira doesn’t want to face the media. She feels embarrassed.

Ramona feels Mahira is playing with her life. Kareena asks Mahira why did she land at the police station. Mahira blames Preeta for it. Kareena wants Mahira to come home with them. Preeta leaves Sameer and Shrishti with Karan. Karan gets conscious. He finds them around when he wakes up. Shrishti feels Karan for getting close to Preeta without her will. Karan tells them that Mahira was with him. He fears that he did something wrong. Shrishti asks Karan to check Preeta. Sameer learns that Shrishti is pulling Karan’s leg.

She wants Karan and Preeta to complete their honeymoon trip. Preeta catches cold and cries. Karan gets mistaken by falling in Shrishti’s words. Preeta is glad to see him. Karan apologizes to her for getting close to her against her will. Shrishti tells that they had come to the resort just to help Preeta. Karan tells that he is regretting to touch her without her permission, for which he is really apologetic. Preeta laughs on his foolishness. Kundali Bhagya 31st December 2020 Written Update She tells him that he didn’t do anything wrong, they were not even close. She shows her faith on him. She relieves his stress. She asks him why did he think so. He asks her the reason for crying. She tells that she caught cold. Sameer tells that it was Shrishti’s plan. Shrishti laughs at Karan. Preeta realizes Shrishti’s silly prank. She tells that they shall go back home. She doesn’t want to stay at the resort. Karan wants to know the night occurrences. Preeta tells that she will tell him everything on the way to home. The media catch Mahira and insult her.

Mahira gets support of Kareena. She manages to get rid of the media. Preeta gets jealous when the resort receptionist offers flowers to Karan and also hugs him. Shrishti and Sameer also get into a moment. They enjoy the weather. They want to board another vehicle to give some privacy to Preeta and Karan. Preeta tells that she will not come between Karan and his fans. He tells that she may have to regret if she gets neglecting his fans. She tells that she will show her psychotic side and not spare his fans. She reveals Mahira’s crime to Karan.

She tells Karan that Mahira wanted to have a night with him. Karan is much shocked to know the truth. He asks Preeta if she is joking about it. Preeta gets upset if he doesn’t believe her. She tells that she will never come to save him from such crazy girls again. He apologizes to her and finds a moment of romance. Preeta gets confident with Karan’s support like never before.

Reviewed Rating for this particular episode Kundali Bhagya 31st December 2020 Written Update Preeta rocking prank:5/5 This rating is solely based on the opinion of the writer. You may post your own take on the show in the comment section below.