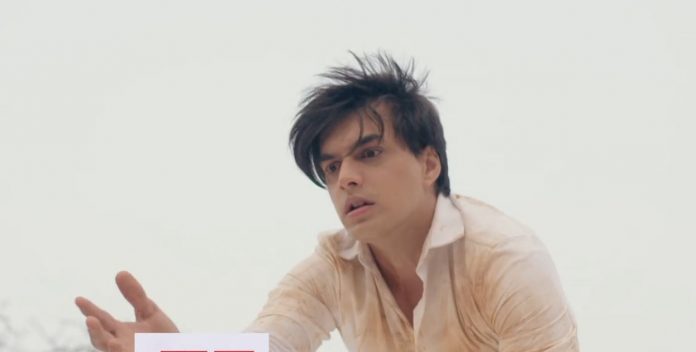 YRKKH Upcoming Kartik big defeat Naira loses to fate in Yeh Rishta Kya Kehlata Hai 5th January 2021 Naira insists Manish and Naksh to just go to the family. Kartik also feels that Manish and Naksh should leave from the bus. The family gets emotional on finding Kairav praying for Naira. They also wish that Naira survives. Naksh gives the good news to Kairav and family that Naira’s foot is free from the pit, she can come out of the bus with them.

Kartik wants to lift Naira so that her wound doesn’t pull her back. She tells him that she is strong enough to pull herself up for the sake of Kairav and Akshara. Kartik and Naira fall in further danger when one of the way ends for them. Their struggle goes on. Kartik asks Naira to jump off and leave him to die. Naira doesn’t let him go. She pulls up Kartik, which puts both at them at higher risk.

They show their compatibility and understanding in securing each other. Kartik tells Naira that he will go out of the bus and then lend a hand to save her. She fails to hold Kartik’s hand when the fate takes a toll on her life. Naira falls to the low extreme. She falls inside the bus. Things get an ugly turn when Kartik finds Naira dying in front of his eyes. He sees the glass breaking down. He encourages her to regain consciousness and just hold something to support. Manish permits Kartik to go down into the bus and get Naira.

Kartik can’t enter the bus and make it slip down into the cliff. He feels the fate is testing him. Kairav doesn’t want Naira to die. Krishna tells that Naira would be fine. Kartik feels helpless. He can’t see her going away from his life. He sheds tears of sorrow while feeling helplessly shattered seeing her few meters away, but in grave danger. The family also knows the impossible situation where Kartik can’t enter the bus to put Naira in further danger. They so wish that Naira gets conscious on her own and saves her life.

Kartik’s tear eventually brings Naira to consciousness. It gives a new hope to Kartik. She realizes the danger she is facing. He tries his best to save her. He tells her that the glass can break any time if she moves. She freezes down. She awaits Kartik to rescue her. Kartik takes the huge risk to get down to the other side of the bus. They both get into a tricky situation where they both can’t move. Kartik and Naira’s souls have a union which gives them a peaceful moment for lifetime.

Naira tells Kartik that she doesn’t have time to live with him. Kartik wants her to hold courage and not lose so soon. He wants to fight for her till the last moment of his life. She doesn’t want to die. She wants to live with Kartik and family. She expresses her wish to live. She feels helpless that she is at the death door. She wants him to jump down the bus and save himself for the sake of their children.

She wants him to stay happy in his life. An emotional parting moment happens. Kartik tries his level best and saves Naira from the steep. The fate strikes again when the earth shatters to take Naira within. Naira faces her death after the cliff edge cracks down. She falls down the cliff and dies, leaving her family behind in tears. Its a huge loss for Kartik, who doesn’t even know how to live a moment without Naira.

Reviewed Rating for this particular episode YRKKH Upcoming Kartik big defeat Naira loses to fate:3/5 This rating is solely based on the opinion of the writer. You may post your own take on the show in the comment section below.