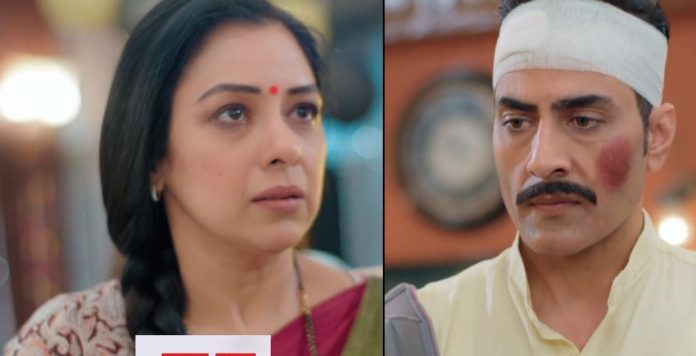 Anupama Upcoming New start 6th January 2021 written update Kavya wants to meet Vanraj. She knows that Leela won’t allow her to meet him. She feels guilty that she can’t see him because of his family. She wants to get him back. Vanraj gets attention and love from the entire family. He feels lucky to get his loving family back. Pakhi thinks Anupama pays more attention to Kinjal than them. Samar takes care of Vanraj. Vanraj thanks Sanjay for all the help. Sanjay wants him to become a family man like before. Kavya is stressed for Vanraj.

She knows that Vanraj isn’t with Anupama. She feels insecure once again. She wants to talk to him. She sees their shattered picture. She knows that tragedies bring people closer. She fears that Vanraj and Anupama will come closer, Anupama will forgive him and reconcile. Vanraj tells Leela that he has realized the importance of the family when he met with the accident and felt like dying. She tells that he is very important for her. She tells about Paritosh and Kinjal, who went on a honeymoon trip. Vanraj gets disturbed by Kavya’s calls.

He disconnects the calls. Leela stays by his side. Kavya calls Anupama to talk to Vanraj. Leela snatches the phone from Anupama. She lectures Kavya. She asks Anupama not to become a great figure to unite her husband with his girlfriend. She asks Anupama to look after Vanraj and stop the dance classes. Anupama refuses to Leela. She tells that she has to earn money to look after the family. She calls Vanraj a guest, which rages Leela. She tells that Vanraj left the house by his own wish.

Leela tells that she would have not taken Anupama’s help if she could work hard. She reminds Anupama that she is still Vanraj’s wife. She reminds her duties. She wants Anupama to not let him go back to Kavya. Anupama doesn’t want Leela to expect much from her. Samar is too stressed. He meets Nandini. He shares his concerns about Anupama. She tells that they should share Anupama’s work load. Samar loves her since she is a good soul. Vanraj finally answers Kavya’s calls. Kavya tells him that she wants to meet him.

He doesn’t want to tolerate her drama. He accuses her for their break up. He tells that he is with his family. She apologizes to him. He doesn’t get affected by her words. He is glad to rule in his house as before. Anupama does her duty towards Vanraj. Her wounds get fresh when she recalls Vanraj’s cheat. She is hurt to face him. She finds Vanraj speaking to Kavya. He drops the phone and tries to pick it back. Anupama finds him in pain. She helps him. Kavya gets jealous to see them close. Anupama is restless. She vents her anger on Samar.

She wants Samar to be around Vanraj. Samar apologizes to her. He knows that its tough for her to be around Vanraj. She tells that she feels suffocated when she is with Vanraj. He takes Vanraj’s responsibility. Anupama explains the medicines to Vanraj. Vanraj wants to apologize to her. His apology surprises Anupama. She doesn’t forgive him. She doesn’t want him to expect anything from her. Vanraj celebrates the new years with the family.

Reviewed Rating for this particular episode Anupama Upcoming New start 6th January 2021 written update: 4/5 This rating is solely based on the opinion of the writer. You may post your own take on the show in the comment section below. 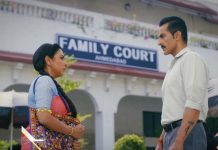