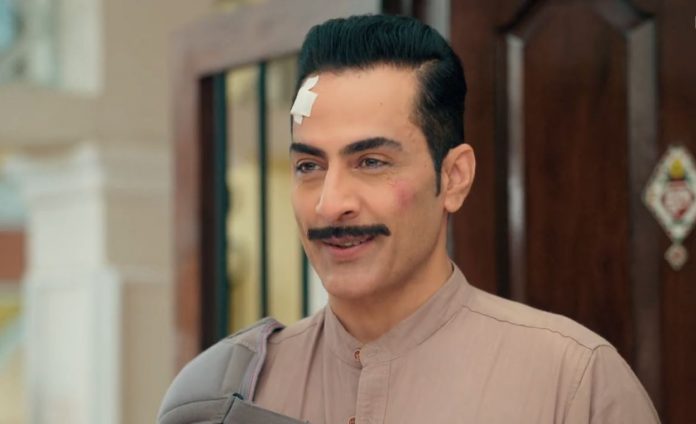 Anupama Written Update Vanraj falls in love 13th January Kavya comes to stay closer to Vanraj’s house. Leela insults her for being so stubborn and shameless. Vanraj asks Kavya why is she insulting their relationship by crossing limits. He understands her insecure emotions. He tells her that he needs time. Kavya agrees to leave from the place on his saying. It relieves Vanraj for some time until he sees Kavya shifting to the house opposite to Shah house. Kavya wants to keep an eye on Vanraj. He calls her to know the reason for her madness.

She tells that its her love that she wants to stay close, he used to love her madness before. He tells that they can’t be at ease by keeping a watch on each other. She tells that love is really crazy. Anupama gives some lessons to Kinjal about respecting elders. Kinjal realizes her mistake to disrespect Vanraj. Kavya tells that she can stay in hell as well for the sake of Vanraj. Leela is tensed that things aren’t getting fine. She wanted Anupama to forgive Vanraj. She tells that Anupama can’t forget Vanraj’s cheat until Kavya goes away from his life.

Anupama and Paritosh wait for the cab for Vanraj’s hospital visit. Kavya offers help to Vanraj. Anupama asks him to go with Kavya. She doesn’t have any issues in sending him with Kavya. She bears the taunts from Kavya. Kavya claims to love Vanraj. Kinjal asks Anupama to send Vanraj to Kavya’s house. She knows that Anupama is just having sympathy on Vanraj. She doesn’t want Anupama to depend on Vanraj. She asks her not to let anyone take her goodness as weakness.

She knows Anupama is strong enough to lead a life on own. She asks her why is she tolerating Kavya and Vanraj. Anupama tells that its not easy to solve the complex relations. Kinjal asks her to break the relations and move on in life. Anupama feels Kinjal is right. Vanraj is glad when the doctor confirms his speedy recovery.

He gives the credit to his family. Kavya is jealous when he mentions about his family. She asks Vanraj to not trouble everyone when he is recovering. Leela blames Anupama for sending Vanraj with Kavya. She tells that Kavya will take Vanraj to her old house. Leela wants Anupama to break her silence and answer her. Anupama answers her. She asks Leela to explain and question her son. She doesn’t want to give answers on Vanraj’s behalf. She tells that she isn’t Vanraj’s wife anymore, her relation is over just like her patience. She doesn’t want to know what Vanraj does. She wants to live her life for herself. She tells that she had been Vanraj’s shadow till now, she wants to move on in life. She speaks a lot and apologizes to Leela for her outright answer. Leela asks Anupama if she doesn’t regard her a mother-in-law now.

Leela finds Kavya casting her evil shadow on Vanraj. Kavya tells that Vanraj has to finally come to her place. She tells Vanraj that she is afraid seeing Anupama’s good behavior. She shares her fears. She asks Vanraj that he may fall in love with Anupama. Vanraj changes his behavior and also his choices. Will he really fall for Anupama? Keep reading.

Reviewed Rating for this particular episode Anupama Written Update Vanraj falls in love 13th January: 4/5 This rating is solely based on the opinion of the writer. You may post your own take on the show in the comment section below.