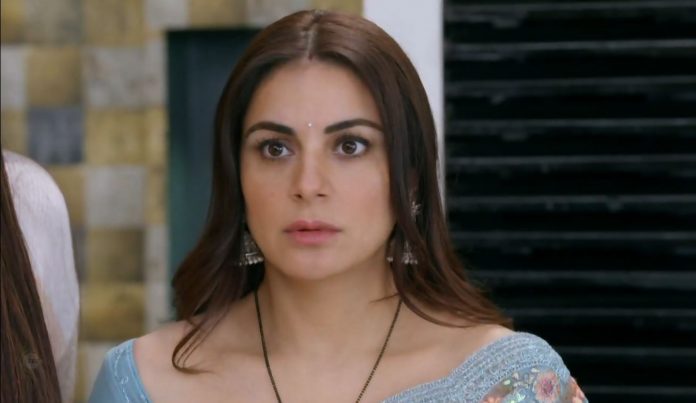 Kundali Bhagya 18 January 2021 Written Update Preeta caught red handed Preeta meets Shrishti and tells her that Akshay is cheating Kritika, which is confirmed by Sherlyn. She tells that Sherlyn wants Kritika’s life to get ruined. She can’t let wrong happen with Kritika. She tells about Karan’s request to stop spying on Akshay. She tells that Karan finds Akshay a nice guy. She adds that Karan is feeling bad on seeing her getting scolded by Kareena. She tells Shrishti that Kareena had scolded her, while Karan defended her.

Preeta tells that they will keep Akshay’s family engaged while they work out their plan. Preeta and Shrishti execute their plan. They take Kritika and Sameer along with them to hand over Shagun to Akshay’s parents. Sameer asks about Akshay. Preeta thinks its a right chance to check Akshay’s room when he is away taking a shower. Shrishti and Sameer make weird demands to keep them busy. Kritika asks them what are they doing. She doubts their behavior. Sameer tells that he has done this to bring families close.

Preeta asks Kritika to help Akshay’s mum in the kitchen and befriend her before the marriage. Kritika likes her advice. Preeta, Sameer and Shrishti begin to search Akshay’s room for the phone. They have cleared the way. Preeta asks Sameer to guard them and alert if anyone comes back. Sherlyn wants to know if Preeta has gone to spy. Mahira tells that Preeta would have gone to Akshay’s house. Sherlyn tells that nobody will believe Preeta, they will just believe Akshay.

Akshay suspects that someone is in his room. Preeta finally gets his phone She gets the proof in the form of pictures. Preeta tells that Akshay and Ruchika are dating. Shrishti asks her to forward the pictures to her phone. Akshay happens to see them in his room. He knows that they have come to spy on him. She tries to make an excuse of Shagun. Preeta makes Shrishti hide his phone. Akshay looks for his phone. He tells that he had put his phone on charging. He confronts them for stealing his phone. He wants Preeta to return the phone. Sameer goes to help Preeta and Shrishti. He keeps Akshay’s mum engaged. He asks her to teach making round rotis to Kritika.

He tells that Kritika doesn’t even make good tea. He wants to have tea as well. He pleases her with his funny talks. Kritika thinks he is acting really weird. Kritika tells that she will make a round roti to show him. Kritika makes a rount roti and surprises them. Akshay tells that he was just joking. He asks Shrishti for her phone, so that he can call on his number and find out his phone. Shrishti throws away his phone. He gets his phone.

Preeta tells him that many times, truth can’t be believed without an evidence. Akshay asks why did they come to his room. Preeta tells that she was just seeing his house. Shrishti tells that Kritika is helping his mum in the kitchen. They like the beautiful room. Akshay tells that they should go out and have breakfast together. He knows that they were really spying on him.

Reviewed Rating for this particular episode Kundali Bhagya 18 January 2021 Written Update Preeta caught red handed: 4/5 This rating is solely based on the opinion of the writer. You may post your own take on the show in the comment section below.