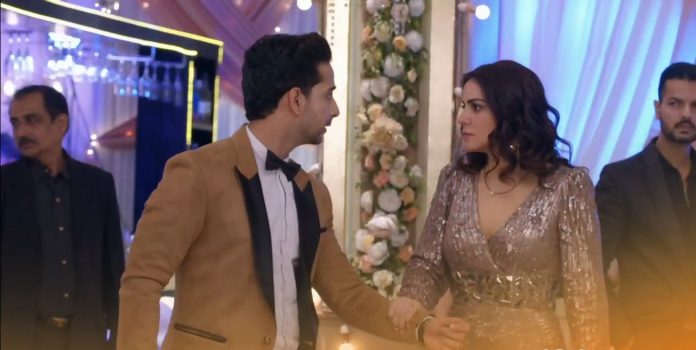 Kundali Bhagya 19 January 2021 Written Update Preeta nabs Akshay The family sits to dine together. Akshay realizes that even Sameer is with Preeta and Shrishti in their plan. He thinks that Sameer had sent his dad to the market and Sameer had kept an eye on his mum, so that Preeta and Shrishti spy in his room. He knows that Preeta didn’t change her ways and is still investigating. Kritika tells Akshay that she is really happy, since she has cooked with his mum for the first time. Akshay’s mum tells that its Kritika’s house from now.

Sameer gets worried when Akshay confronts him for making everyone busy by asking for the health conscious juice. Preeta tells them that she will come next time, she has some work to do. Preeta and team make a leave. Akshay checks his room to know if they planted any camera. Rakhi is tensed about organizing the cocktail party. She tells that marriage is a relation which binds two people by traditions and customs.

She doesn’t understand cocktail party. Kareena tells them that they have to end the generation gap and move on with youngsters. She tells that will be will inviting Akshay’s family as well. Kritika confronts Preeta, Shrishti and Sameer for their food demands. She tells Preeta that she has to visit the tailor.

She wants Preeta to go home. Preeta tells that she is thankful that Sameer and Shrishti are helping her. She tells that she will get evidences against Akshay. Akshay spies on them. He learns that Preeta is planning to expose him. He checks his phone and realizes that Preeta has already forwarded Ruchika and his pictures to her number. He plans to strike Preeta to get her ousted from Luthra family. Preeta wants Akshay to confess the truth. Will Preeta succeed in making Akshay admit his truth himself? Keep reading.

Kareena calls up Akshay’s parents and invites them for cocktail party. Akshay’s dad tells her that they don’t drink, they will not come in the party. Kareena insists them to come even if they don’t drink. Rakhi tells that they have to be a part of the children’s happiness. She tells that they should be there for Akshay and Kritika. Akshay likes Rakhi’s words that parents should be friends of the children. They accept the invite.

Rakhi thinks to invite Sarla as well. She calls Sarla. She is upset that Sarla didn’t come in the Jaago rasam. She invites Sarla and family for the cocktail party. Sarla tells Rakhi that she is going out of the city for attending a relative’s function. She apologizes that she may not come. Rakhi insists her to come to grace the function. She wants to meet Sarla at any cost. Sarla accepts the invite given by love.

The Luthra family welcome Akshay and his family home for the cocktail party. Akshay compliments Kritika and pleases her. Sameer knows that Akshay is just lying to Kritika. He spies on Sameer. Shrishti and Sameer are close. Sherlyn and Mahira realize that Sameer is always with Preeta and Shrishti, he spies on their orders and obeys them. Mahira tells that Preeta has trapped Karan.

Sherlyn tells that Karan loves Preeta. She asks Mahira not to mind the truth. She wants to say the truth even if Mahira feels bad. Sameer wants to expose Akshay’s truth. Kareena asks Akshay and Kritika to go on the dance floor and enjoy. Preeta tells Shrishti that they have to be careful of clever Akshay. She doesn’t want to tell anything to the family.

Reviewed Rating for this particular episode Kundali Bhagya 19 January 2021 Written Update Preeta nabs Akshay: 4/5 This rating is solely based on the opinion of the writer. You may post your own take on the show in the comment section below.