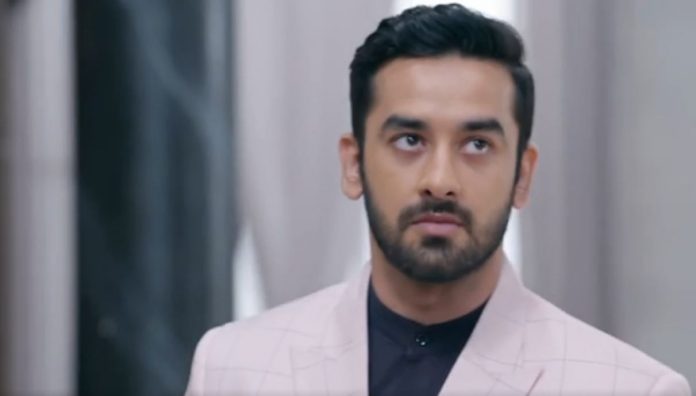 Ishq Mein Marjawan 2 1st February 2021 Kabir avenges Vansh Vansh breaks out the big truth about the accident. He misleads the family about Riddhima’s parents. He tells them that Riddhima’s parents didn’t die in the accident, it was Kabir’s dad and aunt. He tells about the crime that he committed at a young age, for which he had undergone the punishment for four years. He doesn’t think he is answerable to anyone after serving the punishment. He tells them that he had faced his life’s worst years away from the family.

Riddhima gets emotional and believes Vansh blindly again. Vansh has his own reasons to lie to her. He has lied to Riddhima for the fact that he can’t lose her and also he can’t lose his sister Ishani, who had committed the accident at a young age. He wanted to save Ishani from the juvenile imprisonment. He hides the entire truth from Riddhima that Ishani had actually killed her parents in the accident, but it was just an accident for which he didn’t want his sister’s future to get ruined. Kabir gets tempered that Vansh had made him an orphan.

He can’t believe that the truth is so big to challenge his senses. He tells that he will be ruining Vansh’s life, he will snatch everything from him. He can’t let Vansh enjoy all the happiness in his life. He can’t see Vansh and Riddhima happy together. He wanted the truth of Riddhima’s parents to come out, so that Riddhima hates Vansh. His plan has failed badly. Also, Kabir’s past truth came out, which breaks him down. He tells that he will not spare Vansh this time, since he also lost Anupriya because of Vansh.

Kabir gets much revengeful against Vansh. He decides to use Riddhima and his past against Vansh to weaken their relation. Riddhima is much repenting that Vansh had not killed her parents. She wants to punish herself for not believing Vansh. She tells that she will not hurt or doubt Vansh again. She cries out that she will hurt herself to get the equal pain. She tells that she will punish her in a way that she always remembers her mistake. As decides before, she breaks the glass bottles to walk over the sharp glass pieces. She thinks by hurting herself and shedding some blood, she will be equal to feel Vansh’s pain.

Vansh learns about her madness when she walks on the glass pieces. She binds him by a promise that he will not stop her from walking on the glass. She tells him that she shall punish herself for hurting him. Vansh tells her that she is his wife and he would also walk on the glass pieces to get the equal pain. They both prove their love for each other once again. They show their care and concern for each other. They want to be together for lifetime.

Vansh and Riddhima apologize to each other. They make a promise to never dig out their past and hurt each other by suspicion. Vansh handles Riddhima well, but is prepared to face Kabir. Vansh wants Kabir to not strike his family or love. Kabir already sets his eyes on Vansh’s weakness, his love for Riddhima. What will Kabir do to avenge his dad’s death? Keep reading.

Reviewed Rating for Ishq Mein Marjawan 2 1st February 2021 Kabir avenges Vansh: 3/5 This rating is solely based on the opinion of the writer. You may post your own take on the show in the comment section below.