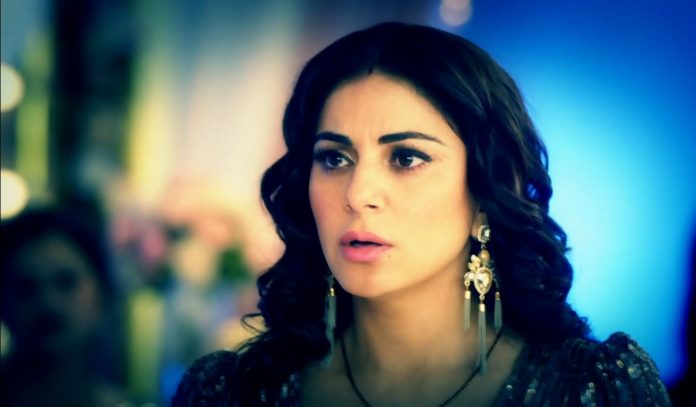 Kundali Bhagya 5th February 2021 Written Update Preeta ousted Preeta faces a big tension on reaching home. She has failed to prove Akshay guilty. Preeta wanted to expose Akshay’s true colours to the family to break the marriage. Akshay is ruining many lives at once. He plays it really smart and proves Preeta wrong every time. Preeta was so confident that Akshay will be caught this time, that she took the risk. She had put her position in the Luthra family at stake.

She failed to prove herself right, even when Rakhi was supporting her. Akshay reveals that he had seen Sameer at the hotel, spying on him and sent away Megha on time. Akshay knew that Sameer is calling Preeta to expose his truth. He has got Megha away to let Preeta come and fail once again. Akshay feels Preeta will never win over him. He meets Preeta to pity her. He tells Preeta that the marriage is going to happen in the evening, she won’t be able to do anything to stop the marriage.

He further adds that Kritika’s life will be ruined, and nobody in the family will be aware of it. He wants to continue his dirty games even after his marriage. Accepting his crimes, Akshay tells Preeta that she can never bring out his truth. He gets overconfident. Preeta can’t afford to see Kritika’s future going into darkness. She swears to expose Akshay’s truth and stop the marriage in time.

She tells Akshay that its a challenge that she will bring out his truth and get him kicked out of the Luthra house. She asks him to be ready to face Luthras’ rage. He asks her to first face Kareena’s rage and handle it. He knows Kareena is his supporter. He uses Kareena’s faith on him, when Kritika starts suspecting him. Kritika isn’t convinced by Akshay completely, but Akshay sweetly pleases her. Preeta gears up to do anything to bring back his truth. She faces a big letdown when Kareena packs her bags and throws her out of the house. She asks Preeta to stay out of the house until Kritika’s marriage happens. Preeta gets worried since she can’t go away from the family on the crucial day. Will Karan come to help Preeta? Keep reading.

Reviewed Rating for Kundali Bhagya 5th February 2021 Written Update Preeta ousted: 3/5 This rating is solely based on the opinion of the writer. You may post your own take on the show in the comment section below.