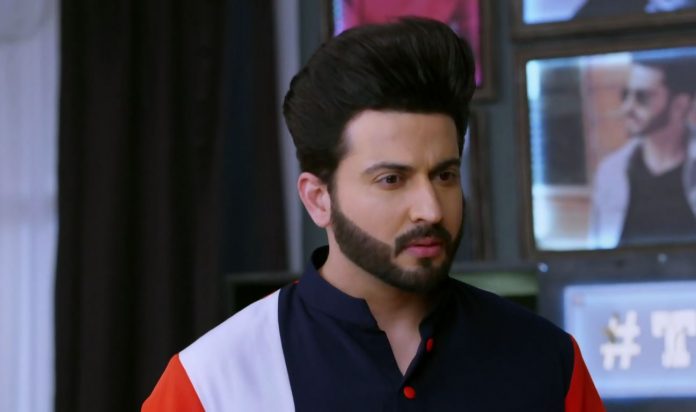 Kundali Bhagya 8th February 2021 Written Update Karan entry Shrishti reaches Sameer to rescue him. She tells the manager that they work for a news channel, they have sent a reporter Akshay to know the hotel security and policies. She tells him that they will give the negative report to the channel to expose the hotel. The manager stops them. Kareena apologizes to Akshay as he wanted. She reprimands Preeta. Rakhi believes Preeta. She asks Preeta to stop it now.

Preeta tells that Akshay isn’t a nice guy. She wants them to let Kritika decide. She asks them to ask Kritika if she doesn’t want to know from Akshay about his hotel stay. Kritika asks Akshay about the drinks. Akshay’s dad tells them that he planned the get together for his friends and arranged the drinks. Preeta warns Akshay of dire consequences. Akshay tells them that he will never cheat Kritika, he loves her a lot and will be loyal always. Kareena is glad. Akshay’s mum feels sorry to get rude towards Kareena. She wants to complete Akshay and Kritika’s marriage.

Preeta tells that Akshay has no love for Kritika. Kareena asks Akshay to get baraat for Kritika. She promises that Preeta will never bother them again. Akshay’s mum slaps him. Akshay’s parents are greedy for money. They want Akshay to marry Kritika to get rich overnight. Akshay tells them that Ruchika is pregnant with his child, she was blackmailing him, he meets her always to fool her. He knows his plan to get Kritika’s property share and jewellery. He tells that they will start a new life after going abroad. He drinks to celebrate.

Shrishti plays a drama to teach a lesson to the hotel manager. She asks him not to question her anything. She confuses the manager. She tells that they were ordered to check the privacy, but he has troubled her junior as well. She asks the manager to give 500 rs to settle the matter. Sameer tells her that its wrong to ask for bribe. She gets 500 rs from the manager. She manages to save Sameer. Rakhi wants Kareena to not scold Preeta on the road.

She doesn’t want Preeta’s public humiliation. She wants them to talk at home. Kareena leaves Preeta alone. Akshay offers lift to Preeta. He insults her on her new defeat. He tells that she could have won easily, but its not a good fate favoring her. He reads her anger on her face that she wants to slap him. She asks him why is he cheating Kritika. He tells her that he likes to see her like a loser. He tells that she should let the marriage happen in peace, else he will be punishing Kritika. He tells her that Kritika has to pay for the slap.

Shrishti returns to the hotel to get her purse. Preeta reaches home and faces an angered Kareena. Kareena asks Preeta to not step in the house until her daughter’s marriage. Preeta is shell shocked when she is asked to go to Sarla’s house. Rakhi too get helpless. Kareena ousts Preeta from the house, but Karan makes a timely entry for his ladylove. Karan saves Preeta from Kareena’s anger.

Kareena tells him how Preeta tried to break Kritika’s marriage. He tells her that Kareena doesn’t have any right to oust Preeta from the house, if Preeta has no right to break the marriage. He tells Kareena that she can’t behave bad with his wife. He wants Kareena to remember that Preeta is his wife. He doesn’t give anyone the right to insult his wife. Kareena is surprised to see Karan’s change. He takes a stand for Preeta like before, which pleases Rakhi a lot. Rakhi and Preeta get emotional with his declaration. Comment your views and keep reading.

Reviewed Rating for Kundali Bhagya Kundali Bhagya 8th February 2021 Written Update Karan entry: 3/5 This rating is solely based on the opinion of the writer. You may post your own take on the show in the comment section below.