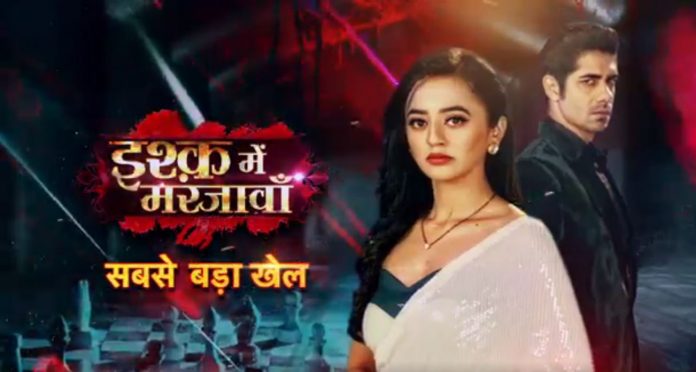 Ishq Mein Marjawan 2 Update Danger looms on Riddhima Riddhima’s pregnancy becomes a big problem for her in the coming episodes. Although Riddhima and Vansh are madly in love, he doesn’t want to take up a baby’s responsibility. Vansh feels that his baby will pay for the mistakes done by him, his baby will be at risk all the time. He doesn’t want his baby to become his weakness. He dislikes the fact that he will be giving birth to a weakness than a strength if his baby comes into the world. He doesn’t think he is ready to plan a child. He isn’t aware of Riddhima’s pregnancy.

Riddhima is much moved to know Vansh’s decision, but she thinks Kabir is just lying. She doesn’t want to fall into Kabir’s trap. She trusts Vansh a lot. She knows that Vansh will be happy to become a father. Kabir tells her that Vansh will ask her to abort the baby. Riddhima tells him that she will soon give the good news to Vansh. She wants to celebrate her joy with the family. Kabir thinks that she will be heartbroken when Vansh refuses to have a baby. He wants to shoulder Riddhima in sorrow. He wants the baby to get the things in his favor. He plans to use the baby to separate Vansh and Riddhima.

Riddhima imagines of telling Vansh about her pregnancy. She imagines that he is responding to the news with much joy. She hopes that her dream turns true. Vansh is determined to not have a baby ever in his life to protect his family. He doesn’t want to give another target to his enemies.

He focusses on securing his family members from upcoming dangers. Riddhima decides to share the truth with Vansh in the rose day party. She finds a way to express the good news to Vansh. She performs dance with him. Vansh wonders why didn’t she jump high and fly during the dance as she always does. She then reveals that she is protecting someone. Vansh wants to know who. She breaks the pregnancy truth to him. She tells him that they are going to become parents soon. Vansh can’t believe this. He doesn’t react. On her constant asking, he tells that he doesn’t want to become a dad.

Riddhima is much shocked to know that he doesn’t want to have a baby. Vansh tells her about his poor childhood. He doesn’t want his baby to suffer or earn enemies before birth. Riddhima wants to change his decision by her love. Vansh cares for Riddhima when she feels sick. The entire family learns about her pregnancy. Aryan and Ishani get against the baby, who will take away all their happiness. They want to kill the baby before the birth. Riddhima isn’t aware of the enemies. Kabir hopes to get Riddhima in his life. What will Riddhima do to change Vansh’s mind? Keep reading.