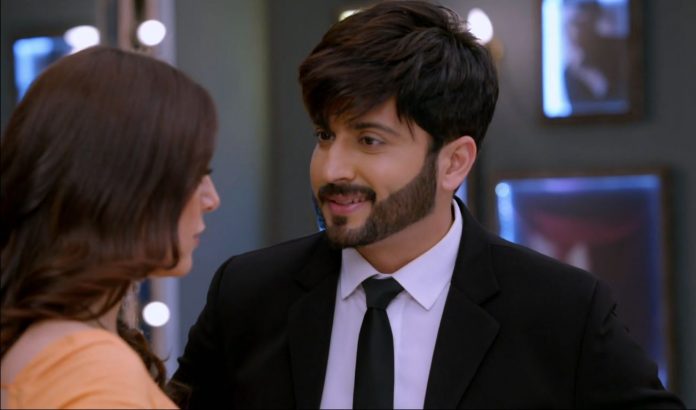 Kundali Bhagya 19th February 2021 Written Update Big surprise Preeta glory return Preeta and Karan have a moment unplanned. He tells her that she would want him to come close. She tells that she didn’t mean it. She asks him to leave her hand and just go to sleep. Karan tells her that he wants to sleep close to her, since he missed her a lot. He wasn’t getting a proper sleep since many days when she was away. Karan and Preeta admire each other. He cherishes the moment and wishes it stays for long. He can’t get enough of her beautiful presence. Karan gets romantic. Preeta understands his intention by his gesture.

Karan tells her that he doesn’t want to stay away from her once again. She screams on seeing a lizard. Shrishti, Janki and Sarla hear the scream and wonder if Preeta is in some problem. Sarla tells that maybe some thief has come again. Shrishti makes excuses to stop them from going to the room. She lies that she had screamed just now. Sarla tells that the thief would have come there for real this time. Preeta worries that her family would be coming any time to enter the room and check why she had screamed. Preeta hides Karan.

She tells him that Sarla wanted him to go home. Sarla and Janki check the room. Preeta tries to make them out soon. She tells that there is no thief in the house. Sarla shows that she is a concerned mother. Janki spots Karan hiding behind the door. Karan asks Janki not to tell Sarla. Janki tells Sarla that she didn’t find the thief, there is no one. She also joins Karan and Preeta’s love story. Preeta thanks Janki for saving them. Janki pulls Karan’s ears. Shrishti teases Preeta. Preeta and Karan get their private time back.

He tells her that they will resume their sleep. Preeta asks him to occupy the cough. Karan acts to come back home in the morning, looking fresh than before. He greets Sarla, Janki and Shrishti on valentines day. He wishes Preeta and them with much love. Preeta teases him that he has come late. Karan tells that he got late in buying the flowers. Sarla tells him that a car like he owns was in their locality all night. Shrishti asks Sarla to let Karan take Preeta to Sasural. She gets close to blurt out the truth. Karan tells that Rakhi was also in hurry to welcome Preeta.

Sarla tells that she has made snacks for him. Karan adds that he has to go office to attend meeting in Rishabh’s absence. Sarla blesses Karan to take Preeti home. Karan takes their leave happily. Shrishti is much happy for them. Sarla wants them to always keep smiling and stay together. She gets emotional that her daughter left. She feels strange.

Karan and Preeta go to their room. Mahira is shocked to see Preeta back. She goes to Sherlyn with the bad news. Sherlyn can’t believe that Karan got Preeta back. Mahira tells that she was mistaken about Karan’s anger. Sherlyn asks Mahira to stop dreaming about Preeta. She tells that Karan has fallen in love with Preeta, so he has got her back. She asks Mahira not to feel bad. She asks Mahira to cry on her sad story. She doesn’t want to waste her time. She warns Mahira. Sherlyn tells her that Preeta had forgiven her since she is pregnant.

She asks Mahira to mind her tongue always. Mahira is afraid that she lost Sherlyn’s support also. Girish tells Preeta that everyone missed her a lot, Karan forgot to smile when she wasn’t here. Karan asks Preeta how much did she miss him. Preeta asks him if he forgot to smile in her absence. He gets ready for his meeting. Her plans to celebrate valentines get spoiled. He tells that he will not go if she wants. He asks her to confess her feelings. Karan turns Preeta shy.

Reviewed Rating for Kundali Bhagya 19th February 2021 Written Update Big surprise: 3/5 This rating is solely based on the opinion of the writer. You may post your own take on the show in the comment section below.