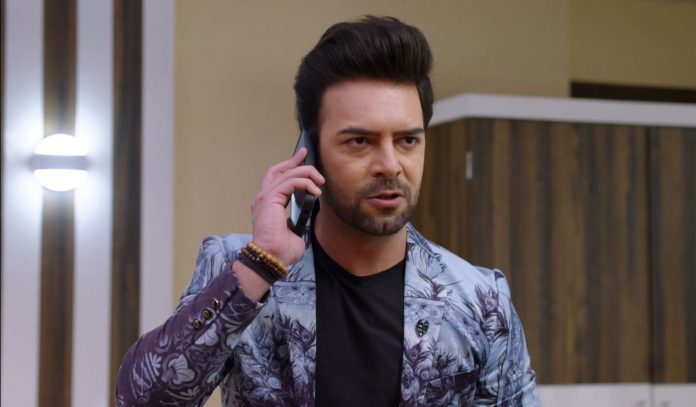 Kundali Bhagya Prithvi threatening act 19th February 2021 Karan tells Preeta that he can stay back at home if she wants. Sameer asks him to come to office. He sends Sameer. He asks Preeta to confess her feelings, its their valentines day. He tells that he is waiting to hear her love confession. He gives his surprise. He tells her that he got the gifts for her. He wants to see her in his favorite colours. He tells her that Mahira isn’t so bad, she is also in queue, if Preeta doesn’t confess her love. Preeta checks his gifts. She likes the sarees.

Karan and Sameer rush to the office. Karan tells that he is happy. Sameer tells that Preeta’s return has brought back Karan’s smile. He wants Karan to accept it. Karan asks Sameer to sit quiet and not tease him. Karan tells that its really true. He thinks of Preeta. Preeta wears the blue coloured saree as per Karan’s wish. She rehearses to confess her feelings to Karan. She dresses up as Karan’s wife. He wants to reach office soon and ask her about her feelings.

Reviewed Rating for Kundali Bhagya Prithvi threatening act 19th February 2021: 3/5 This rating is solely based on the opinion of the writer. You may post your own take on the show in the comment section below.