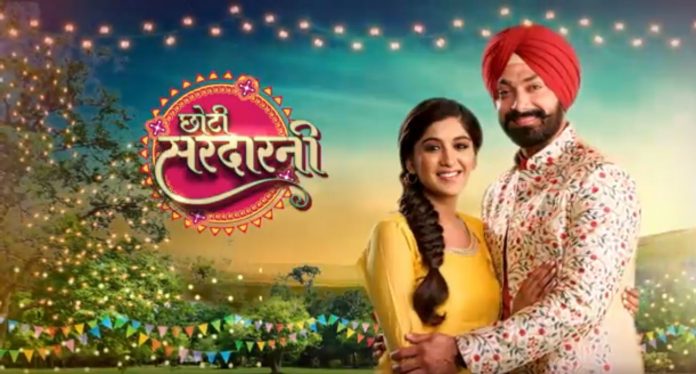 Choti Sardarni 8th March 2021 Ishq Mein Marjawan Top 2 Meher pleads her innocence to her family. Kulwant doesn’t listen to her. She remembers Jagga’s last call. He had told her that Meher had cheated him. Kulwant had misunderstood his final words. She doesn’t believe Meher. She wants Meher to leave from her house if she wants to be alive. She hates Meher for killing Jagga. Meher wants her children to believe her. Yuvi hates Seher.

He has poison filled on his mind by Kulwant. Yuvi further questions Meher about the murder blame. Meher cries out to her children to believe her. She attempts to win Yuvi’s trust. Meanwhile, Sarabjeet decides to move on in life without Meher. Sarabjeet has a new person in his life. Meher enters his house and is shocked to see him with a woman.

Vansh gives a marvellous surprise to Riddhima to make their night special. He tells her that he wants to make her so happy that she always remember their moments. Riddhima is hugely impressed by his efforts. Vansh and Riddhima spend romantic time together. He pleases her with the things of her choice. He promises that their life will get really better in the coming days. He has laid a trap for his secret enemy who he missed to catch at Chang’s place.

He tells Riddhima that its a big game this time, if he wins, then his family will get protected from his enemies. He wants his baby to come in the world with safety. He tells that he wants to become the best father. Riddhima is sure of that. Also, Ishani informs Anupriya about Riddhima finding their secrets. Anupriya doesn’t want to leave from VR mansion until she kills Riddhima. Kabir warns Anupriya and Ishani against harming Riddhima and her baby. He tells them that Riddhima is his love, he can’t lose her. Anupriya doesn’t accept Kabir’s madness.

They both get into a heated argument. Anupriya doesn’t want to give up her motive, while Kabir is mad to defeat Vansh so that he can win Riddhima back. Vansh learns that someone is ready to deal the diamonds for the precious ruby. He asks Angre to schedule a meeting with the client, unaware that Kabir is posing as the client. Kabir and Aryan make a plan to fool Vansh and grab the ruby. Vansh stays alert this time.

He doesn’t want anyone to get away with the ruby and diamonds. He actually plans to nab the person who holds the same diamonds he lost before. Kabir and Aryan meet Vansh to steal the ruby. They succeed in their plan to some extent, until Vansh shocks them by getting them at gun point. Vansh demands the diamonds, which actually belongs to them. He wants to fail his enemies and reign in his business circle like before. Kabir gets scared that his identity will be out. He doesn’t want to lose to Vansh.

Reviewed Rating for Choti Sardarni 8th March 2021 Ishq Mein Marjawan Top 2: 3/5 This rating is solely based on the opinion of the writer. You may post your own take on the show in the comment section below.