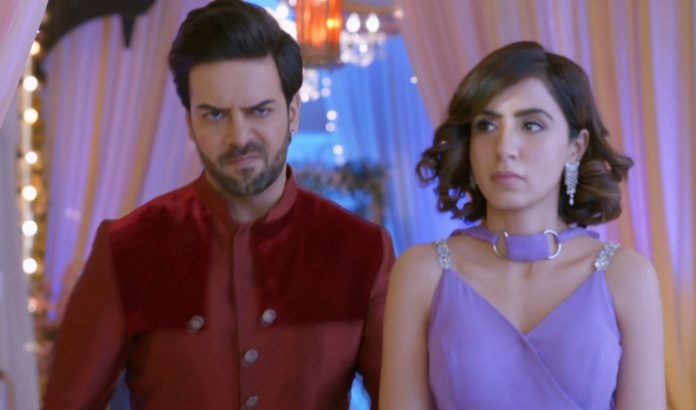 Kundali Bhagya 10th March 2021 Written Update Prithvi truth out Preeta tells Kareena that she had spoke to Rishabh and Karan for being happy for Kritika. Preeta asks Rishabh and Karan to perform in the function. She wants them to give the dance performance to show their happiness for the sake of their sister’s smile. Karan doesn’t listen to her. He tells that he isn’t happy at all. She tells that Kritika is already married to Prithvi, its time that she will make memories from her marriage.

She asks them to get happy for her sake so that she gets some good memories. Rishabh understands her concern. He tells Preeta that he will always keep her wish. He convinces Karan as well. Rakhi is happy to know that Preeta has done a good thing. Suresh and Parminder sing Preeta’s praises in front of Kareena. Janki tells Kareena that Preeta is really trustworthy, everyone must trust Preeta. Kareena makes a face.

Rakhi tells Kareena that nobody can divide them and rule, since they are one united family. She asks Kareena not to come in anyone’s words against Preeta. She believes Preeta. Kareena doesn’t want to believe Preeta, who always posed problems for Kritika’s marriage. Sameer and Shrishti play a drama. Shrishti asks Sameer to just pose as Prithvi and scold the guard when he comes. She cover up Sameer’s face with the shaving cream.

Sameer tries to trick the guard. The guard suspects Sameer. Sameer rebukes him and threatens to fire him from the job. The guard apologizes to him. He tries to recall Prithvi’s ring, which Prithvi gave him for being extra cautious. Prithvi had warned him that someone will invade his house at night. The guard wants to call Prithvi and check once in order to not lose the ring. Shrishti gets worried when the guard questions Sameer.

She knows that she will be caught up if Sameer doesn’t make him out. Sameer gets rid of the guard. Shrishti tells that they have to find the evidence before the guard returns. She finds a drawer locked. She unlock the drawer with a hope to find something important in it. Sameer signs Shrishti about the possible evidence. The guard tells that they are fooling him, he knows the truth for sure. He calls Prithvi to inform him. Prithvi meets Shubham in the party.

He gets scared for himself. Shubham reveals that he knows Prithvi’s truth. He turns out to be Prithvi’s enemy, who knows about Sherlyn and Prithvi’s marriage. Prithvi introduces Shubham as his college friend. He tells that he has already married Kritika. Shubham asks what is Sherlyn doing here. Prithvi tells that Sherlyn is Kritika’s Bhabhi. Shubham puts Prithvi in a fix by revealing his past. Kritika trusts Prithvi. She tells that Prithvi has no time to tell her anything, since he is busy with his second wife, his mobile phone.

Prithvi tells that he will make a phone call and come. Kritika switches off the phone. Preeta announces the dance performances to please Kritika. He praises their very sweet Kritika. Kritika is surprised by the special dance performances by her brothers and family. Shubham asks Prithvi about Sherlyn and his drama. He hates Prithvi. Prithvi punches his face to revive the old fight. He warns Shubham. Shubham threatens to sue Prithvi. He tells that he will take his revenge for the wound. Sameer and Shrishti get to see Prithvi’s past. They want to take the evidence to Kareena.

Shrishti tells that Prithvi will fail now. Karan and Preeta perform romantically, leaving Mahira and Prithvi angered. Prithvi angrily pushes Mahira towards Karan while making Preeta away. Mahira performs with Karan and reveals that she couldn’t see Karan dancing close with Preeta. Preeta senses that Mahira didn’t change and is fooling Karan. What will Prithvi and Mahira do next? What proof did Shrishti get against Prithvi to expose his truth? Do you think the episode was interesting? Comment below. Keep reading.

Reviewed Rating for Kundali Bhagya 10th March 2021 Written Update Prithvi truth out: 5/5 This rating is solely based on the opinion of the writer. You may post your own take on the show in the comment section below.