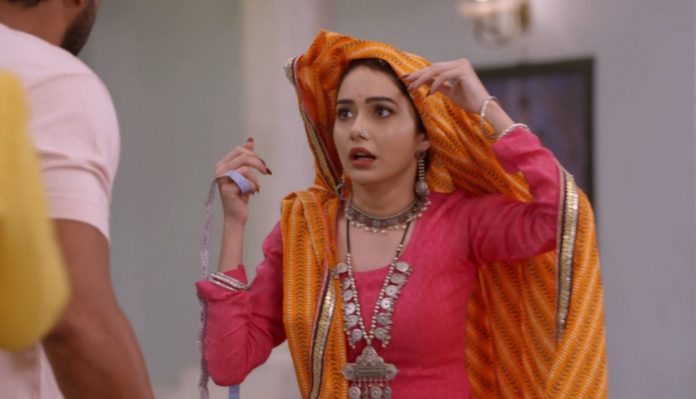 Kumkum Bhagya 19th March 2021 Written Update Twists for Tanu Prachi recalls that she had warned Parth against troubling Ranbir. She doesn’t want Ranbir to know that she has stopped them from filing the police complaint. She threatens to get him arrested for the MMS. She had planned to be with Parth to fake her care and concern for Parth in front of Ranbir. She wanted to break Ranbir’s heart. She is much hurt seeing Ranbir raging in fire of rejection.

She loves Ranbir a lot. She has stabbed his heart. She cries a lot realizing his pain. Prachi can’t break her promise to Rhea. Aryan learns about Prachi and Ranbir’s argument. He fears for Ranbir’s reaction. Meanwhile, Tanu and Mitali ask Aaliya why is Gayatri not scared of her. Pragya doesn’t want her voice to reach Aaliya. She wants to stay with Abhi. She tells Aaliya that she has to help Abhi, she didn’t forget her values, she has humanity. She tells them that they shall have some shame and be humane towards Abhi. Tanu fires her from the job.

Pragya gets worried that she had crossed her limits and lost the job. Mitali tells that Tanu will handle Abhi from now. Pragya is ousted from the house again. Pallavi informs Vikram about Ranbir’s angry and impulsive reaction. They ask Ranbir about the matter. They get worried for him. Ranbir confronts her for faking the heart attack. He agrees to marry Rhea. Rhea gets pleased with his response. She knows Prachi had forced Ranbir to take this decision.

Vikram asks Ranbir what had happened to him. Ranbir tells that he has decided this for Pallavi’s happiness. He tells that not everyone gets what they want in life. He keeps Pallavi’s wish. Ranbir asks Pallavi not to worry, he will come back to them. Pragya sheds tears. She wants to return to Abhi. Prachi is really shattered. She misses Ranbir. She is surprised to see him at the door. He tells her that he has got over their memories, he is going to get engaged to Rhea.

He reminds her that he will not let any memories affect his mind. He tells her that he will forget her soon, he will move on with Rhea. He frees himself from Prachi’s love. He ends all his ties with Prachi. Prachi gets to see a new Ranbir. He wants to show his hatred towards her, since she rejected his love. Prachi hurts herself in sorrow, but doesn’t let him see her pain. He further invites Parth and Prachi in his engagement function. Rhea gets happy watching Prachi in pain.

Tanu takes up Gayatri’s place to bond with Abhi. Abhi reacts on meeting her. He unveils her and gets to see her face. He realizes that she isn’t Gayatri. Tanu’s plan backfires. Aaliya learns that Abhi has seen Gayatri’s face. Will she recall that Pragya has come as Gayatri? Comment your views and keep reading.

Reviewed Rating for Kumkum Bhagya 19th March 2021 Written Update Twists for Tanu: 1/5 Same looped drama This rating is solely based on the opinion of the writer. You may post your own take on the show in the comment section below.