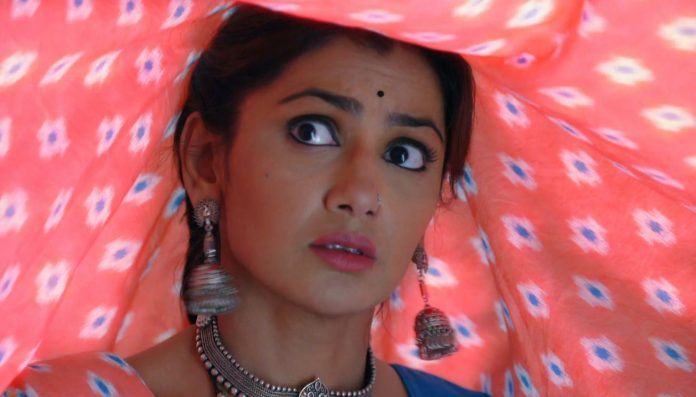 Kumkum Bhagya 23rd March 2021 Written Update Alert for Pragya Pragya takes care of Abhi. She can’t see him hungry and unwell. She feeds him the food. She makes sure that he recovers soon. She treats him with love and care. Mitali keeps an eye on Gayatri. She tells her that she shouldn’t forget her status. Pragya reminds her condition, that Mitali will never interfere in her work. Abhi asks Mitali to not bother Gayatri. He wants her to go away. He supports Pragya. He tells her that he doesn’t want to bond with anyone, except her.

Rhea happily meets Aaliya and gives the good news. She tells how she had defamed Prachi in Ranbir’s eyes and ousted her from his life. She is so happy. She just wants Ranbir’s love. Tanu tells Rhea that she is impressed with her. She congratulates Rhea for crossing limits to fulfill her dream. She tells that one has to think of their own love. Rhea likes her. Sarita knows that both Pragya and Prachi are upset. She prays that they stay happy. Pragya asks the matter. Prachi and Sarita hide the matter from Pragya, but Pragya knows about Ranbir and Rhea’s engagement.

Prachi tells that she doesn’t need to talk about him. Shahana asks Prachi to tell Pragya about her break up. Prachi doesn’t want to tell the reason for the break up. She asks Shahana not to tell anything to Pragya. She tells that she didn’t tell anything so that Pragya doesn’t feel bad. She adds that she has broken her relationship with Ranbir, finding him unsuitable for her. Pragya tells Prachi that Ranbir cares for her, its his concern, his love.

She asks Prachi not to lose her true love. Prachi tells that she didn’t accept Ranbir’s proposal. She lies that she kept the relation for Pragya’s sake, but she never loved Ranbir. She tells them that her life will get complications if she marries someone she doesn’t love. Pragya believes that Prachi doesn’t love Ranbir. She tries to get Prachi’s real emotions out, but Prachi hides everything. Prachi tells Shahana that she will always lie for her mother’s happiness.

She had sacrificed her life for Abhi and Pragya’s sake. Shahana knows everything. She tells that Prachi didn’t get anything by making a sacrifice. She adds that Abhi and Pragya are still not together. Prachi hides her sorrow. She tries to stay happy thinking of Pragya. Pragya thinks Rhea has Ranbir’s love in her fate. The Mehra family prepare for Rhea’s engagement. Pragya meets them again and tells that she isn’t someone to run away from her job. She adds that she always comes for work before time.

Mitali asks her to keep Abhi away from the engagement party, else it will be a big mistake. Abhi wants to go in the party and celebrate with the family. He isn’t permitted to go there. Pragya learns Aaliya’s plan to get Abhi and Tanu married. She loses her cool.

Reviewed Rating for Kumkum Bhagya 23rd March 2021 Written Update Alert for Pragya: 2/5 This rating is solely based on the opinion of the writer. You may post your own take on the show in the comment section below.