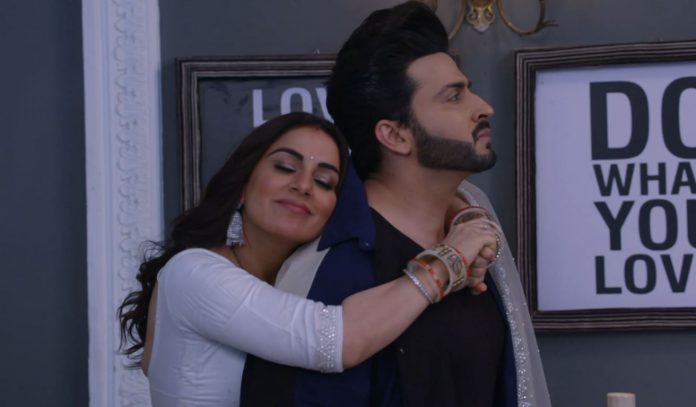 Kundali Bhagya 26th March 2021 Written Update Ugly twists Kritika prays for Preeta’s safety. She wishes that Preeta gets her voice notes and succeeds to trick Akshay. She doesn’t want Akshay to see Preeta and hurt her. Preeta takes a disguise to meet Akshay. Akshay asks Kritika why is she covering her face. Preeta answers him by using the audio notes. Akshay asks her to get inside, he will surely give her the photos and videos. She gives him the money.

She wants him to please give the videos and fulfill his promise. Akshay hands over the pendrive to her. He tells her that she has come to get the pictures and videos, but he has changed his mind. He drinks and misbehaves with her. Preeta slaps him. She takes the evidences to run away. He stops her and removes the veil only to see Preeta instead Kritika. He finally gets a chance to take revenge on Preeta. He tells her that he doesn’t care if Kritika didn’t come and sent Preeta instead. He tells that he will settle scores with her.

He stops Preeta from running away. He tries forcing her, but she teaches him a lesson. She hits on his head. She tells him that she will never let such dirty men succeed. She manages to escape while he lies unconscious. Karan waits for Preeta for a long time. He tells Mahira that he will leave soon if Preeta doesn’t come. Mahira lies to him about her friend. She is happy to be with Karan. She tells Karan that Preeta is lucky to get him and his love. She adds that Karan changed a lot for Preeta, maybe Preeta didn’t come for some reason. She asks him not to be upset.

He is happy that he got his childhood friend back. They refresh some childhood memories. Sameer calls Karan. Karan tells Sameer that Mahira just took his name. Karan informs him about Mahesh’s recovery. Sherlyn is tensed that Mahesh will soon come out of coma. Karan expects a miracle. Sameer asks him to come home soon. Karan informs Mahira about Mahesh’s condition.

Mahira is super shocked by this news. She thinks she can fall into trouble. Karan leaves from the hotel. Mahira calls Sherlyn to ask if Mahesh’s news is true. Sherlyn doesn’t think they need to worry, Mahesh won’t come out of coma so soon. Mahira tells that she is with Karan, Sameer had called him to inform. Sherlyn asks her what did she do with Preeta to stop her. Mahira tells that she didn’t do anything to stop Preeta. Preeta gives the evidences to Kritika. She tells Kritika that she got everything, Akshay will not blackmail her now. Kritika thanks her.

Preeta tells Kritika that Akshay had dirty intentions on his mind. Kritika is shocked to know what Preeta had undergone. She breaks down. Preeta asks Kritika to burn the photos. She thanks Preeta from the bottom of her heart. Preeta goes to meet Karan. She doesn’t get to see him. She thinks he got too angry and left. Prithvi and Sherlyn get spotted by Parminder again. Prithvi wants Kritika to take his help in Akshay’s matter. Kritika, Karan, Mahira and Preeta return home. They receive the great news of Mahesh’s recovery.

Prithvi takes tension. He asks the doctor how did the miracle happen. Doctor tells him that Mahesh would be responding to some injection. Sherlyn realizes that Mahira had given that injection to him. Prithvi gets angry on Sherlyn. He scolds Sherlyn, while she accuses Mahira. Mahira tells that she didn’t know about the medicines to give to a coma patient. Sherlyn asks them to stop fighting and stay strong as a team.

She feels Preeta is lucky to always win. Preeta tries to apologize to Karan. She wants to explain the situation once. She apologizes that she ruined the date. Karan tells that he is habitual to wait for her. She tells that she was excited to meet him, but there was a problem. He doesn’t want to hear anything. She finally cheers up Karan by her innocent gestures. They have a romantic scene to celebrate their love. Will Preeta reveal about Akshay’s dirty plan? Do you think Mahesh will ever come out of coma? Comment your views. Keep reading.

Reviewed Rating for Kundali Bhagya 26th March 2021 Written Update Ugly twists: 4/5 This rating is solely based on the opinion of the writer. You may post your own take on the show in the comment section below.