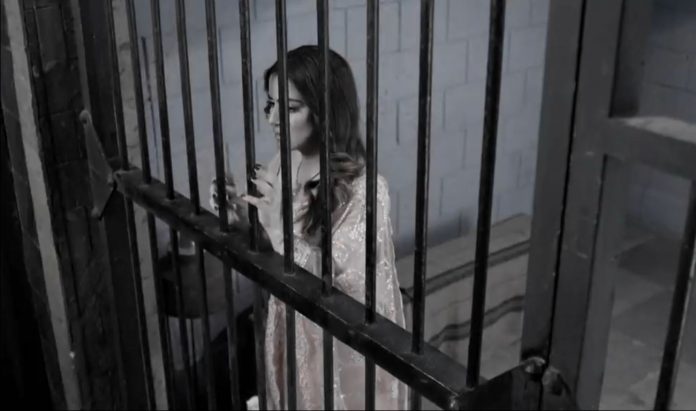 Kundali Bhagya Verdict on Preeta Upcoming 21st April 2021 Mahira meets Preeta at the police station. She tells her that she can make Karan realize his true love, if he loves his obsessive fan Mahira, or Preeta who doesn’t show any faith on him. Preeta feels that she has to answer Mahira, who is stubborn to get a reply. Preeta clarifies that she couldn’t tell anything to Karan because of the situation, she didn’t wish to bring any sorrow in the happiness. She tells that Karan asked him, but Mahira came in between, she didn’t let her tell anything to him.

Preeta doesn’t regret. She knows that Karan has lived some good moments because of her. She is glad to get his true love. Mahira tells that she has fulfilled her challenge, she has separated Karan and Preeta, she will make the court hearing day the last one for them. She wants to spend her life with Karan. Preeta asks Mahira if she had killed Akshay. Mahira denies the blames. Preeta also denies the murder blame. She tells that she had hit Akshay to save herself, she didn’t kill him. She knows that the culprit is still on loose.

She believes the law will help her. She asks Mahira to just see how she gets herself released in the first hearing itself. She wants the real culprit to get behind bars. She plans to return to Karan. She asks Mahira to stop dreaming for Karan. Mahira wants Preeta’s hopes to break. She is pretty sure that Preeta will get rotten in the jail and never show up to her. Meanwhile, Sherlyn asks Parminder what did she mean by her taunts.

Furthermore, Parminder reprimands Sherlyn, who gets tensed and makes an apology. Parminder demands Sherlyn’s jewellery. She gets blackmailing Sherlyn indirectly. Sherlyn agrees to give her a necklace. Parminder shows her greedy side. Sherlyn has no option than to give up the jewellery to save her secret affair from revelation. Parminder feels she has got Sherlyn in her control. Her doubt gets proved when Sherlyn agrees to give her the necklace. Prithvi is scared by the blackmailer’s threat. He gets in need of money.

He wonders who would help him with 50 lakhs. Sameer and Shrishti keep a watch on Mahira. Sameer compliments Shrishti for being a natural beauty. She tells him that she has gone to meet the lawyer. Sarla and Janki meet the lawyer, who agrees to save Preeta from the murder charges. Sarla tells him that Preeta can’t kill anyone, but she can injure the person in defense to save her respect. She asks the lawyer to help her. The lawyer tells her that the case is really complicated, he is worried for Preeta, but he can’t take the case.

Sarla asks him to take any amount, but save Preeta. He tells her that he isn’t a big lawyer to fight a murder case, he can’t guarantee to win the case, he can’t put Preeta in risk, its better she hires a big lawyer who guarantees their win. Sarla asks him to help her. He tells her that Luthras will have good contacts, they can help Preeta by hiring the best lawyer. Sarla thanks him. Sherlyn hides a necklace to pass it to Parminder.

Prithvi gets to see the necklace and thinks of selling it to get money. He tells her about the blackmailer, threatening to expose him in Akshay’s murder case. He asks her to help him in arranging 50 lakhs. Mahesh tries to take help from ACP, who tells him that Preeta can’t get any help, she has killed someone and its proved by the evidences. He asks Mahesh to wait for the court verdict. Preeta and Karan’s longing continues for each other. Preeta cherishes their good memories to derive strength.

Reviewed Rating for Kundali Bhagya Verdict on Preeta Upcoming 21st April 2021: 3/5 This rating is solely based on the opinion of the writer. You may post your own take on the show in the comment section below.