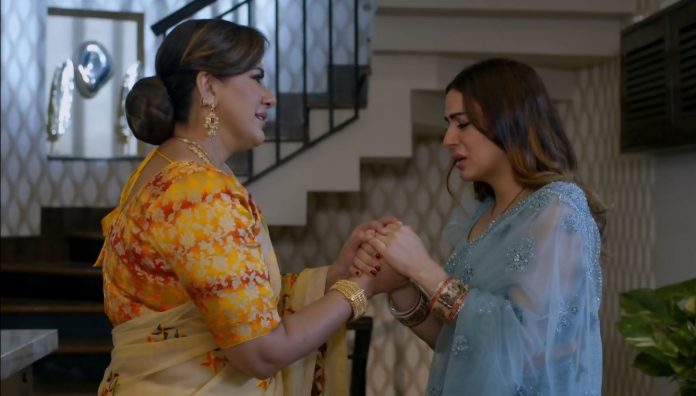 Kundali Bhagya 12th May 2021 Written Update New enemy Karan gets himself arrested for the crime that Preeta and he didn’t commit. He wanted to save his wife from getting jailed. He failed to get Megha and Ruchika to the court when needed. They had gone missing just when their statements were needed. Karan knows that Megha is the killer, but is still helpless. Prithvi has also learnt that Megha is the killer, who had been blackmailing him. He doesn’t want his truth to get known to Luthras.

On the other hand, Mahesh learns that Karan has got arrested for the same blame which was imposed on Preeta before. He finds Preeta broken down. He pacifies her further by making a promise that he will get Karan released. He asks Preeta to trust him. Rakhi and Preeta get hopeful seeing Mahesh’s strong side. They so want Mahesh to help out Karan from the mess.

Meanwhile, Pammi is upset that Rakhi insulted her while defending Preeta. She tells Rakhi that Preeta is cunning and deceptive. Rakhi doesn’t believe her. Pammi plays innocent and tries to brainwash Suresh against Preeta. She tells that Rakhi might never see Preeta’s truth. She tells Suresh that Mahesh and Rakhi blindly trust Preeta, but Preeta is taking an advantage of their love. She asks him to warn Mahesh against Preeta.

Suresh tends to believe hos wife. Preeta feels lucky that Rakhi and the family loves her so much. She tells Rakhi that everyone loves her, which is actually her strength. She adds that she knows it well that even Karan loves her. She values Karan’s love a lot. Prithvi overhears their conversation. He gets too upset to hear Preeta singing Karan’s praise. He doesn’t want Preeta to get mad for Karan. He prays that Karan never returns to Preeta.

Kundali Bhagya 12th May 2021 Full Written Update Preeta feels lost after getting separated from Karan. She cries before Rakhi and Mahesh, who understand her pain. Mahesh knows that Preeta is a clean-hearted person, who had changed Karan a lot. He counts Preeta and Karan’s sacrifices for the family. He sings their praises, which further disappoints Pammi. Pammi can’t tolerate any praise of Preeta again.

Mahesh tells that he will arrange Karan’s bail and bring him home. He asks Rakhi to be with Preeta and encourage her to be patient till Karan returns. Suresh realizes that Pammi is trying to spared negativity in the family.He rebukes her for being negative and spoiling the family’s harmony. He asks her to not interfere in Karan’s matter. Pammi emotionally blackmails him to convince him that she wishes the best for Karan.

She tells that Karan has taken a wrong decision to sacrifice his future, she is much hurt by his decision. He doesn’t think Karan did anything wrong. She tells him that she will prove to Karan and his parents that Preeta isn’t the right girl for Karan. Suresh asks her not to dare do that. He doesn’t want to upset Rakhi and Mahesh. She doesn’t listen to him. She gets determined to prove Preeta wrong.

Preeta cherishes the moments when Karan and Luthras had showered love, respect and care on her. She feels she is blessed to get Karan. Rakhi calms her down when she cries for Karan. Rakhi gives her hope that Karan will be back soon. Preeta thinks of meeting Karan in the police station. She wants to talk to him. Prithvi looks for Sherlyn. He doesn’t find her. He thinks Sherlyn is also plotting something. Mahira meets Sherlyn and finds her sweetly talking to Rishabh over a phone call. She asks Sherlyn if she has left Prithvi and decided to settle with Rishabh. She asks the reason for Sherlyn’s changed behavior.

Sherlyn doesn’t feel like answering Mahira’s crazy questions. Mahira suspects Sherlyn. She thinks it will be wise to keep an eye on Sherlyn. Also, Shrishti and Sameer try to find Ruchika and Megha. She starts with reaching Ruchika. She calls up Ruchika, who doesn’t speak to her. Pammi becomes Preeta’s new enemy. Will Pammi join the evil gang to settle scores with Preeta? Keep reading.

Reviewed Rating for Kundali Bhagya 12th May 2021 Written Update New enemy4/5 This rating is solely based on the opinion of the writer. You may post your own take on the show in the comment section below.