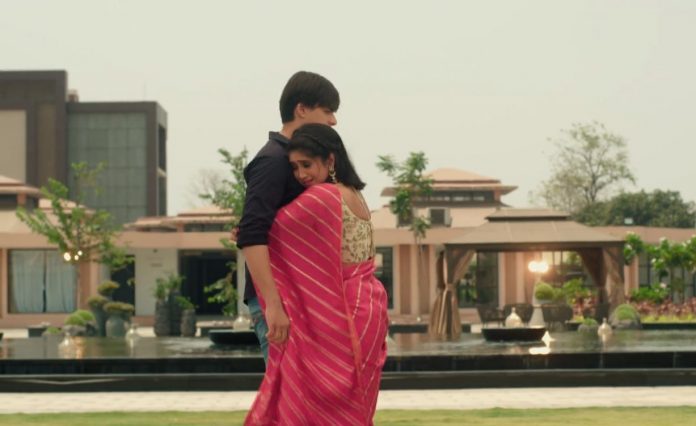 Yeh Rishta 11th May 2021 Written Update Kartik special act Sirat wanted Ranvir’s love. She feels she doesn’t deserve his love, since she failed to trust him. She wants to show faith on him now when he has returned from the death for her sake. She doesn’t know what to tell Kartik, whose trust is also important for her. Ranvir is feeling sorry for Kartik. He tells Kartik that he is lucky to get Sirat. He doesn’t want to end her relation with Sirat. He expresses his willingness to make a new start with her. Kartik wants to unite Sirat with her love.

He doesn’t want Kairav’s condition to get worse. He decides to talk to Kairav and prepare him beforehand for Sirat and Ranvir’s marriage. Sirat curses her fate for bringing her to the point where she has to choose between Ranvir and Kartik. She asks Kartik to help her in making a decision. Kartik knows that Sirat’s heart is longing for Ranvir, but her mind isn’t permitted her to break their engagement. He wants to ease out things for her. He provokes her to the level that she admits that she wants to make a new start with Ranvir. Kartik proves out to be a sacrificing figure once again.

Manish gets worried for Kairav’s future. He confronts Kartik about getting Sirat’s ex Ranvir. He tells that his thinking is outdated, he doesn’t like the modern relationships. He wants Kartik to answer him about his next move. Kartik wants to take some time. Manish doesn’t want to give any time to Kartik, since things are getting awkward. He tells that he will take an answer from Sirat. Kartik admits that its not easy for him.

He asks Manish to know the entire incident and guide him in taking a decision. He narrates the truth of Sirat and Ranvir’s broken love story. Sirat happens to overhear their conversation. Manish applauds Kartik for his sacrificing decision. He asks Kartik what did he decide for Kairav while making this great move. He reprimands Kartik for being foolish. Kartik tells that its not his mistake.

Sirat knows that Kartik isn’t wrong. Manish wants Kartik to prepare to answer Kairav. She asks Kartik if he is marrying Sirat or not. Kartik has no reply to this. He gets speechless. Kartik wants to get Sirat’s reply first. He hopes Manish understands him. Sirat tries to justify her thoughts. Kartik wants to know her decision. She tells him that she has chosen him over Ranvir, he did a lot for him. She counts his favors. She tells that he always stood for her like a true person. She wants to stand by him.

She doesn’t want to spoil things. She tells that she can’t forget his favors if Ranvir has returned. Manish vents his anger on Kartik’s decision. He can’t let Sirat break Kairav’s heart. He feels disappointed. Kartik asks Sirat to know her feelings, if she would be able to live without Ranvir. He knows that she won’t be able to live happy with him. He adds that their marriage was just a compromise, they both lack love, courage and hope in their relation. He doesn’t want her to make a compromise.

He asks her to free herself from Kairav’s responsibility. He doesn’t want to snatch her happiness. He advises her not to run away from the truth, her heart would still love Ranvir. She admits that she loves Ranvir. He asks her not to snatch Ranvir’s happiness. He tells that only lucky people get their lost love back. He adds that he knows the pain of losing love, Naira will never come back even if he gives his life. Sirat feels guilty that Kairav won’t be able to understand her situation.

He tells that he can’t tolerate her heartbreak. Kairav is worried that Sirat will leave them. He wants to know her decision. Kartik feels burden free after uniting Sirat and Ranvir. He asks Sirat to show her madness for Ranvir. He tells her that she should fight for her love. Sirat thankfully hugs him. He removes the engagement ring and tells her that they shall always have their friendship. Sirat finds him a gem at heart. He reminds her promise. He wants to support her dreams like a friend. Kartik suggests that she should meet Ranvir and spend time with him. Sirat feels lucky to get a friend like him.

Kairav feels scared that Sirat would go away with Ranvir. Sirat makes her way to Ranvir. Kartik gets a huge responsibility of explaining Kairav. Sirat plans a date with Ranvir. Kartik supports them. Kairav soon learns the truth of Sirat’s decision to choose Ranvir. Will he understand Sirat and support her? Is this the end of Kartik and Sirat? Keep reading. Comment your views below.

Reviewed Rating for Yeh Rishta 11th May 2021 Written Update Kartik special act4/5 This rating is solely based on the opinion of the writer. You may post your own take on the show in the comment section below.