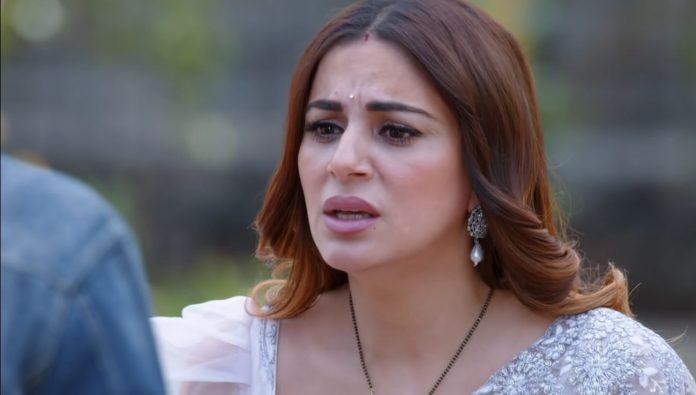 Kundali Bhagya 18th May 2021 Written Update Mission begins Shrishti is confused, but still confident that the killer is not either of Megha and Ruchika. She feels some third person is the killer, someone who knew Akshay, who killed him for anger or money. Sameer praises her sharpness. Shrishti tells that Akshay would have got killed by his friend or relative. Preeta tells them that Megha didn’t kill Akshay, but she knows about the killers, she was blackmailing someone to get money.

She thinks she should meet Megha and offer money to get the evidence against the real killer. She tells that this time they can free Karan from the jail. She asks them to come along. Sarla finds Preeta working hard for Karan’s sake. She gets emotional and misses Pragya, who also works hard for her husband Abhi. She tells that Pragya is also determined to save Abhi from the wrong allegation, like Preeta is doing. She supports Preeta.

Preeta feels lucky to be Pragya’s shadow. Sarla tells that Preeta is lucky to get Karan as her husband. She blesses that Preeta and Karan stay happy together. She asks Preeta to never lose courage and hope. She inspires Preeta to free Karan from the wrong blames. Shrishti doesn’t want Sarla to cry. Preeta and Shrishti feel lucky to have Sarla with them.

Preeta tells Sameer that maybe Akshay’s phone has the evidences. She tells that Megha has the evidence against the killer, they shall find out if Akshay’s family knows about it. She takes a disguise to enter Akshay’s house. She finally gets his phone. Megha meets Akshay’s family, who keep her Godhbharai function. Sameer, Shrishti and Preeta arrive there in the disguise. They get worried when Megha tells that she didn’t invite anyone in the function. She questions their identity. How would Preeta fool Megha now? Keep reading.

Prithvi finds Kritika innocent and sweet. He pleases her with his talks. Her that Karan is mannerless and misbehaves with him always, but he believes that he is innocent in the murder case. He asks Kritika not to suspect Karan. He doesn’t want her to feel guilty by blaming herself. She asks him why doesn’t he talk to Karan with respect. She is disappointed that he had hurt Karan’s sentiments a lot.

He clarifies that he was just joking, Karan had been saying the same things. He tells that Karan had got a break from the outside world, he must be happy and enjoying his alone time. Kritika finds understand his impossible words. He tells that he was making Karan’s mood light. She asks him not to make stories, Karan isn’t happy to be away from the family. She doesn’t listen to him. He doesn’t want anyone to know about their fight.

He is fed up convincing her. He tells that he is really happy to see Karan behind bars. He wants Karan to grow old in the jail. He plans to give happiness to Preeta and live with her. He knows that Kritika is the key to his happiness, he needs her to fool Luthras. Preeta, Sameer and Shrishti try to meet Karan. They face a trouble when Inspector stops them from visiting so often.

Inspector tells them that he didn’t find Akshay’s phone in the hotel room. Preeta tells Shrishti that she had seen the phone on the bed when she visited him. She has heard that Megha has the evidence against the murderer, so she has run away from the court, maybe she has Akshay’s phone, which has all the evidences. She tells that maybe Akshay’s phone has any video recording of his murder. Shrishti tells that Megha has shifted her house. Preeta calls the hospital to find out Megha’s new address.

Sameer gives an idea that they will get the disguise of kinners, to hide their faces and identities. He tells that this way they can do their work and not get caught. Ruchika confronts Megha for her Godhbharai rituals. Megha doesn’t want to entertain Ruchika. She tells that Akshay’s family wants to keep the function. Akshay’s mum tells Megha that some friends have come to bless her coming child. Megha tells that she didn’t invite anyone.

Sameer, Shrishti and Preeta dance in the function, taking the kinner’s disguise. They try to reach Megha. Preeta finds Ruchika there and thinks its strange that Ruchika is here after blaming Megha to be the murderer. Ruchika and Megha get into an argument. They question the kinners for coming uninvited. Shrishti adds that they got to know about Megha’s pregnancy from the hospital receptionist.

Consequently, Sameer and Shrishti make way for Preeta to leave from the function. Preeta reaches Megha’s room to find the phone. She finds Akshay’s phone in the drawer. Some other kinners come there. Shrishti thinks that the other kinners are real. Who has arrived to snatch the evidence from Preeta? Keep reading.

Reviewed Rating for Kundali Bhagya 18th May 2021 Written Update Mission begins3/5 This rating is solely based on the opinion of the writer. You may post your own take on the show in the comment section below.