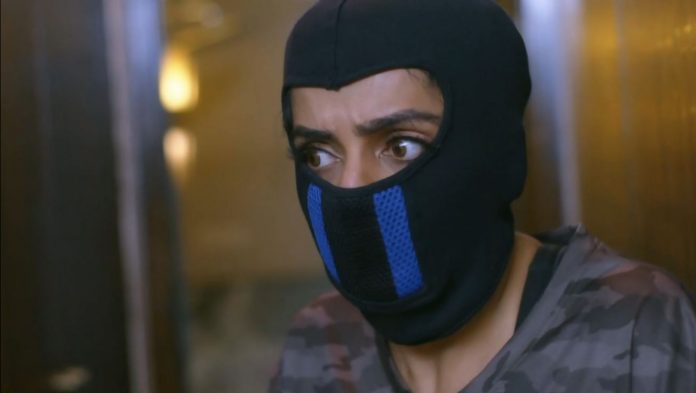 Kundali Bhagya 26th May 2021 Written Update New crime Prithvi further interrogates Sherlyn to know if she had killed Akshay due to his blackmailing. Sherlyn reveals how Akshay had been troubling her, and she didn’t had Prithvi on her side to help her. She tells that she wants Rishabh to father her child from now, since she lost faith on Prithvi. She tells that Prithvi is just mad for Preeta, not her. She feels cheated by Prithvi. She decides to live her life with a nice person like Rishabh.

Sherlyn makes Prithvi feel guilty. She tells him that she visited Akshay at the hotel, but didn’t take 25 lakhs which he demanded, she went with an empty bag to trick him, Akshay caught her and started to misbehave. She tells that she got into a fight with Akshay, which happened after Preeta left from his room. Sherlyn tells Prithvi that she didn’t kill Akshay, but he died because of their fight, he fell on the slippery floor and got hit on his head, he died and paid for his crimes. She doesn’t think she is guilty. She was also a victim of Akshay.

Prithvi sympathizes with Sherlyn on knowing her side of story. He feels Akshay double crossed him and troubled his Sherlyn baby, its good that Akshay died on his own, else he would have killed him. She tells Prithvi that Akshay’s phone would still have their conversation video, he would have kept a password to hide it, but Preeta would still find out their secret. She asks Prithvi to steal Akshay’s phone from Preeta before their secret comes out, else they both will be kicked out from Luthra family.

She doesn’t want to lose her comfortable life and future with Rishabh. They both get afraid of getting exposed. He decides to get Akshay’s phone and delete the video. Meanwhile, Sameer and Shrishti work hard to recover out the video evidences from Akshay’s phone. Sameer tells that he will get help from his friend and get Akshay’s phone charged up. Preeta asks Shrishti to stay with them at the Luthra house.

Shrishti agrees to her request. Preeta heads to visit Karan at the jail. She tells him that she suspects someone from the Luthras to be responsible for Akshay’s murder. She tells him that he won’t be shocked to know the culprit, but still she won’t take the name until she comes up with solid evidences. She tells Karan that very soon, he will be freed. Furthermore, Prithvi tricks Kritika to get Akshay’s phone. He thinks she will fall in his cheesy talks and fall prey. Sherlyn waits for Prithvi to get Akshay’s phone. She gets anxious.

Sherlyn realizes that Prithvi failed to get the phone. She herself attempts to get the phone. Preeta and Shrisht realize that the phone got stolen. They find the thief hiding inside the room. Sherlyn takes a disguise and attempts to escape. She comes across Pammi, who fails to identify her. Will Preeta catch Sherlyn? Comment your views and keep reading.

Prithvi tries hard to get Akshay’s phone by seeking Kritika’s help. He acts so nice, that she ends up singing his praise. She tells him that the phone is with Preeta. She is grateful that he is always with her, he didn’t bother about her past and always supported her. She tells him that she values him equally as he values her. He fails to get the phone. Mahesh and Rakhi want to know how Sameer and Shrishti got Akshay’s phone.

Shrishti tells them that she had stolen it from Megha, who was at Akshay’s house. Rakhi asks them to believe Preeta’s decision and just execute the plan as Preeta wants. She tells them that she believes in Preeta. Shrishti is happy that they are understanding Preeta so well. She praises Rakhi and Mahesh for being supportive in-laws. Rakhi wants to know if Sameer and Shrishti are in a relationship. She thinks to ask Shrishti first.

She asks Shrishti if she is willing to marry Sameer. Shrishti likes Sameer who is always supportive and friendly. She feels shy to answer yes and goes away. She doesn’t reply anything, which makes Sameer upset. He thinks she should have said yes. He wants to get an answer from Shrishti. Rakhi laughs seeing them with happiness. Mahesh asks Rakhi not to tease the children.

Reviewed Rating for Kundali Bhagya 26th May 2021 Written Update New crime3/5 This rating is solely based on the opinion of the writer. You may post your own take on the show in the comment section below.